For many people in our world, Christmas does not hold the meaning it does for us as Christians. For us it is a time to remember and celebrate Christ-the meaning of our lives. While most of the articles and stories in this issue recall Christ, the following article reminds us of a Canada that includes peoples of other cultures and faiths. Christ challenges us to be concerned and open to the other, to go to 'the other side.' For Pope John Paul II, dialogue between people of different faiths implies "concern; respect and hospitality toward the other." In dialogue, the Pope states, "we let God be present in our midst; for as we open ourselves in dialogue to one another, we also open ourselves to God." 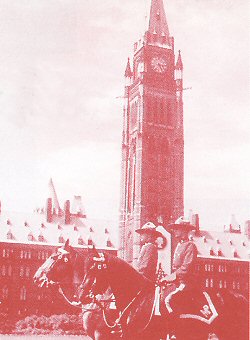 The religious face of this planet is changing. At a dramatic pace, more and more regions of the world are becoming environments of multi-culture and multi-faith. Indeed, religious pluralism has proven to be one of the most extraordinary developments of the 20th century.

At the root of this phenomenon are international patterns of immigration. Throughout this century, the profound and world-wide movement of peoples and cultures has provoked a meeting of religions that is new to history. And this development has accelerated in the last 30 years. The 1990 Britannica Book of the Year reports that 14 major religions or religious systems are now present in some significance in more than 80 countries in the world.

But how are these changing religious demographics affecting Canada? The liberalization of immigration policy, begun during the Trudeau years, has served to transform the religious and cultural face of this country. It should be noted, however, that followers of many of the great world religions arrived in Canada long before the 1970s.

It was not until the Trudeau years, that the first Jews in Canadian history were appointed to the Federal Cabinet. However, the first Jewish immigrants to Canada arrived before the British and the British parliamentary system. Jews were among the earliest fur traders in the 1700s, and Canada's first synagogue, the Spanish-Portuguese synagogue in Montreal, was founded in 1768.

The first Buddhists to arrive in Canada may have been Chinese, landing in British Columbia as early as 1858, and the country's first Buddhist temple was founded in Vancouver in 1905. In June of 1996, the Presbyterian Church of Canada elected its first visible minority moderator, Tamiko Corbett, who is of Japanese descent and whose grandfather was one of the founders of the 1905 temple.

Most archeologists agree that there has been an Aboriginal presence in Canada for at least 12,000 years, and we are fortunate to be one of those countries that is enriched by the continuing presence of its First Nations peoples.

Clearly Canada has become a multi-cultural and multi-religious nation; in fact, we are pioneers in the creation of a multi-cultural society. Multiculturalism is protected by our laws; it is entrenched in our Charter of Rights and Freedoms; it is defended and, more importantly, funded by a special cabinet level government department.

Canada's Charter of Rights and Freedoms (1982) is meant to guarantee certain basic rights including freedom of religion and freedom of conscience. As well, the Canadian Multiculturalism Act of 1988 affirms the racial and cultural diversity of Canadians and requires all departments and agencies of the government of Canada to make multiculturalism part of their programs and policies. Three areas of government programming in this regard are: Race Relations & Cross-Cultural Understanding; Heritage Cultures & Languages; and Community Support & Participation.

As well, in February, 1994, the federal members of Parliament voted unanimously to revise the daily prayer that had been used in the House of Commons for 117 years. The new prayer reflects the country's multi-faith reality.

Let us now examine some of the ways the great world faiths are influencing Canada.

The noun Canada is derived from the Huron/Iroquois word Kanata which translates into English to mean a village or settlement. 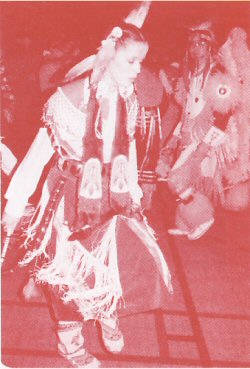 As part of the United Church's response to the legacy of the residential school experience, the August 1994 meeting of the Church's General Council established a fund to assist the First Nations communities' initiatives of healing. The fund has a three-year goal of one million dollars, to be raised by voluntary contributions from church members and others who want to be part of the healing.

Buddhism is the fastest growing religion in our nation. There could be as many as 300,000 Buddhists in this country. Between 1981 and 1991, the number of Buddhists in Canada increased by 243 percent. Buddhism's growth here is explained by two factors: 1) Asian immigration, and 2) the Buddhist religion is proving to be very appealing to Westerners. 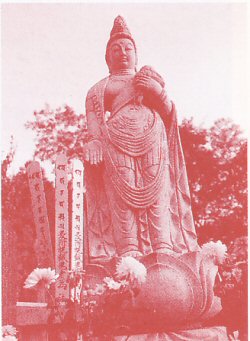 The Baha'i faith was founded in Iran 150 years ago. Baha'i followers believe in the unity of God, the unity of humanity and the unity of all religions. They stress unity amidst diversity and are particularly committed to challenging prejudice be it cultural, ethnic or religious. There are an estimated five million people of the Baha'i faith worldwide, and 30,000 in Canada.

There are an estimated 250,000 Hindus in Canada. Approximately 60 percent of these reside in the Greater Toronto Area. Approximately 25 percent live in British Columbia. Hinduism has had a profound influence upon North American culture over the last 100 years. Some of these influences include yoga, Eastern philosophy, transcendental meditation (TM) and Ayurvedic medicine (natural herbal healing).

There are close to 300,000 Sikhs in Canada. About 45 percent of these live in Ontario, and roughly the same number reside in British Columbia where they comprise the largest Indo-Canadian community in that province.

Canada's Jewish community is the fastest growing anywhere in the world outside Israel. An estimated 315,000 Jews reside in Canada. Since more than two-thirds of these live in Ontario and Quebec, Central Canada has become an environment ripe for Jewish-Christian dialogue.

Within the next decade, the Muslim population of North America will outstrip the Jewish population here. In Canada, for example, Islam is growing faster than Judaism. What this means is that within ten years Islam will become the second largest religion on this continent. No surprises here! Islam is the fastest growing religion in the world. In Canada there are more Muslims than Presbyterians.

On the international stage, Canada appears to be emerging as an inter-cultural and inter-faith model. Ours is the only country in the world to have officially declared itself a multi-cultural nation. And there's speculation that we may be that nation on the planet in which the religious rights of religious minorities are most protected legislatively.

"EVERYWHERE THE CHURCH PRAYS AND WORKS FOR SOCIAL PEACE FOUNDED PRIMARILY ON PEOPLES FUNDAMENTAL RIGHTS, BEGINNING WITH THE CARDINAL RIGHT TO FREEDOM OF RELIGION AND CONSCIENCE."

Pope John Paul II, speaking to Philippine Bishops on the issue of dialogue with the Muslims of that country. (1996)