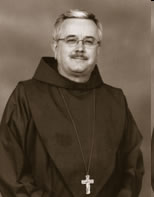 The Second Vatican Council (1962-65) will forever be remembered for its sweeping changes to the life and practice of the Catholic Church. While affirming the essentials of the faith, the Council took serious note of areas where change needed to be introduced for the good of the Church and the world.

This year, the Church celebrates the 40th anniversary of two landmark documents produced by the Council. Both documents signal a new openness towards the great religions of the world.

Nostra Aetate (Declaration on the Relation of the Church to Non-Christian Religions), and Dignitatis Humanae (Declaration on Religious Freedom), opened new and challenging pathways of respect for and dialogue with other world religions. To show the significance of its decisions, the Vatican changed and upgraded the Secretariat for Non-Christians to the Pontifical Council for Interreligious Dialogue. With this new title came a renewed mandate:

"The Council's concern is to see that dialogue with the followers of other religions is conducted in a suitable way and to foster various forms of contact with them. It encourages appropriate studies and meetings with the purpose of building mutual knowledge and esteem and, by working together with others, promoting human dignity and spiritual and moral values."

The Pontifical Council for Interreligious Dialogue has published a collection of statements by Paul VI, John Paul I, and John Paul II documenting the Church's commitment to dialogue. Entitled "Interreligious Dialogue: The Official Teaching of the Catholic Church (1963-1995)", the book lists 89 instances in which Pope Paul VI dealt with interreligious concerns. For example, in 1964, Paul VI made the first-ever papal visit to Israel. That same year, he issued Ecclesiam Suam (Paths of the Church), the first encyclical in history to promote interfaith dialogue.

Under the entry for Pope John Paul II, the book lists 560 instances of interfaith activity up to the year 1995. Today, there may be as many as 2,000 instances demonstrating John Paul II's commitment to universal fraternity among the world's religions.

"the Church of Christ discovers her 'bond' with Judaism by searching into her own mystery. With Judaism, therefore, we have a relationship, which we do not have with any other religion. You are our dearly beloved brothers and, in a certain way, it could be said that you are our elder brothers."

During a visit to the Sudan, the Pope said to the Muslim community:

"I cannot fail to emphasize once more the Catholic Church's high regard for the followers of Islam. Sudanese Catholics recognize that their Muslim neighbours prize the moral life, and worship the one God, Almighty and merciful-especially through prayer, almsgiving and fasting. They appreciate the fact that you revere Jesus and his mother Mary."

To the world's Buddhists and Shintoists, John Paul II states:

"the Catholic Church expresses her esteem for your religions and for your high spiritual values, such as purity, detachment of heart, love for the beauty of nature, and benevolence and compassion for everything that lives."

Interfaith dialogue has been a hallmark of John Paul II's pontificate. Today, more than at any other time in history, both Christians and non-Christians alike share a deepening and growing sense of urgency for the importance of interreligious dialogue and mutual respect among world religions.

Within Canada and possibly throughout North America, Scarboro Missions has been second to none in championing the cause of interreligious dialogue. Their initiatives are at the forefront of interfaith activity. Given their commitment of time, talent and resources, they are implementing, in spirit and in fact, the Catholic Church's commitment to dialogue.

Around the world, people of all faiths are using the Scarboro Missions Golden Rule poster to engage in this "golden" conversation. Thus the poster, which presents the Golden Rule in 13 faith traditions, is an apt choice for the cover of this special magazine edition. Gold indeed. Gold indeed.

Fr. Damian MacPherson is a Franciscan Friar of the Atonement and director for Ecumenical and Interfaith Affairs for the Archdiocese of Toronto.