On September 28, 1998, trumpet fanfares sounded from St. John's to Vancouver. Across Canada, a call went out for a new beginning in our world as the Canadian Ecumenical Jubilee Initiative (CEJI) was officially launched.

The Initiative is a joint effort of over 30 Canadian Churches and ecumenical organizations aimed at putting the spirit of the biblical Jubilee into practice today. Over three years, the project is focusing on the themes: Release from Bondage, Redistribution of Wealth, and Renewal of the Earth.

This past year, the Initiative has emphasized the first theme, Release from Bondage. In the biblical Jubilee (see Leviticus 25), this was reflected in the call for slaves to be freed and debts cancelled. 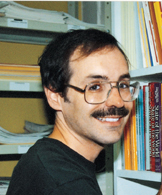 In today's world, hundreds of millions of people work in terrible conditions virtually equivalent to slavery. CEJI has therefore encouraged people to become involved in actions aimed at improving conditions for exploited workers.

The main focus of action, though, has been the global Jubilee 2000 debt campaign seeking the cancellation of the debts of the world's 50 poorest nations. The petition campaign calls on lenders to totally write off these debts and to take steps to prevent such burdens of debt from building up again in the future. In particular, it calls for an end to inhumane austerity measures (often called "Structural Adjustment Programs") that have impoverished billions of people the world over.

Across Canada, church groups and a variety of other organizations worked hard to gather signatures for the Jubilee 2000 Petition. As they did so, they often held events to educate people about the issues involved. Participants discovered that much of the debt owed by the world's poorest nations has little real legitimacy (in technical language, they are "odious debts"). In many cases, money was borrowed by corrupt or dictatorial regimes. Little was used for projects that actually benefited the poor, and much was actually used in ways that hurt the majority of the nations' people. Should South Africans, for example, be forced to pay debts that were incurred by the apartheid governments that oppressed them?

Participants also learned about the role of high interest rates in creating mountains of debt. In actual fact, many of the debts owed by the world's poorest nations have been paid many times over; yet, the burden of debt continues to grow. To make matters worse, lenders force poorer nations to cut spending on health, education, and other key programs as a condition for giving new loans (which are largely used to simply pay interest on the old).

The political community...exists for the common good: This is its full justification and meaning and the source of its speciifc and basic right to exist.

Finally, participants discovered that the petition campaign itself must be seen as a beginning. The 50 nations targeted in the campaign may be those in most desperate need of complete debt cancellation, but many others face similar problems that require attention. It will be necessary to find ways to reduce the debts of these nations to zero over time.

As Canadians learned about the issues, the petition campaign continued to grow. Many people began to write to or meet with their Members of Parliament to push for change. By May 11, when the petitions were presented in Ottawa to the Canadian government, over 616,000 signatures had been gathered. By June, the total came to more than 635,000, making it the most successful church-based campaign, and perhaps the most successful petition campaign of any kind, ever in Canada.

In the week preceding the G-7 summit in Cologne, Germany, "Global Chain Reaction" events were held around the world to call the leaders of the world's richest nations to take action on the debt issue. Events took place from Australia to Finland, from Zimbabwe to Japan, and from Argentina to Sri Lanka. Here in Canada, there were prayer vigils, concerts, and educational events held from coast to coast. Everywhere, it seems, the call to cancel the debts of the poorest nations rang out.

By the time the G-7 summit began, over 17 million signatures from around the world had been gathered. Unfortunately, the response from the world's richest nations was at best half-hearted. While Canada took one of the more progressive positions in the summit, the final results still fall far short of what is really required. (See Cologne summit & analysis below.) The global campaign, however, will carry on-including important opportunities to press for debt cancellation at the upcoming meetings of the World Bank and International Monetary Fund in the fall.

Over the next year, the Canadian Ecumenical Jubilee Initiative will continue to work on the debt campaign. It is important to maintain the momentum that has been gathered and to find new ways to focus our efforts. Given the tremendous response that has been called forth, there are good reasons to hope for success.

At the same time, the Initiative now moves into its second major theme: Redistribution of Wealth. In the Bible, Jubilee called for land to be redistributed to its ancestral owners so that all would have the means to bring forth the sustenance they required from the land. At the heart of this call is the acknowledgement that the land belongs to God. We do not really "own" what we have in any absolute sense. All is the fruit of God's blessing.

A "Jubilee South" demonstration on June 18, 1999, in Cologne, Germany, site of the G-7 summit meeting of the leaders of the world's largest richest nations.
Credit: Sara Stratton/Canadian Ecumenical Jubilee Initiative

Today, the call to redistribute wealth may be more important than ever. The gap between rich and poor has probably never been wider in human history. Unless we can find better ways to share and nurture the blessings that God has bestowed on the Earth, the large majority of humanity will remain without the basic necessities for a dignified life.

In some ways, this year's theme may be more personally demanding. It is relatively easy to sign a petition calling for debt cancellation (even though the actual implications of the debt campaign could be quite far-reaching). Redistribution of wealth, however, may call us to let go of some of what we currently have. Here the heart of Jubilee - conversion - is brought clearly into focus.

CEJI realized that it would be difficult to find any one campaign or action that could capture the breadth and depth of the transformations needed. So, it was decided that we would call Christian communities to take a "Jubilee Pledge" in which they would personally commit themselves to specific actions at a personal, local, and global level. As well, the pledge contains a challenge to the Canadian government to respect the commitments it has already made to reduce poverty and share wealth more equitably.

Mark Hathaway was a Scarboro lay missoner from 1982 to 1998. Currently he works half time for The United Church of Canada on issues of biotechnology and food security. He is also a freelance educator, writer and web designer.

A delegation of 16 Canadians from the Anglican, Catholic, Christian Reformed, and United Churches attended the Jubilee events during the G-7 economic summit in Cologne, Germany. They carried boxes containing petitions with the signatures of over 635,000 Canadians. They joined people from around the world, meeting and demonstrating to urge the leaders of the world's most powerful nations to take a bold step by cancelling the debts of the 50 poorest nations.

"We heard voices from Asia, Africa, and Latin America... There were cries of pain and loss from those who have paid too long the price of accumulation of wealth by the few. There were also calls to resistance, recognizing that this Cologne campaign represents but one step in a much longer process: 'In the final analysis, it is not the banks or the G-7 that will deliver liberation-it will be the people themselves.'" (Gail Allen, United Church of Canada)

On June 19, petitions with over 17 million signatures collected from around the world were presented to the summit leaders. At the same time, a human chain of 50,000 people was formed around the city of Cologne. Unfortunately, the G-7 proposal for debt relief fell far short of what was being demanded. An analysis issued by CEJI notes:

"In light of the potential in Cologne to make a substantive, creative and definitive response to the debt crisis, the initiative released [by the G-7 leaders] can only be viewed as unacceptable-a lost opportunity to seize the day... Not only does it fail to solve the debt crisis through total and immediate cancellation, it continues in the tradition of its failed predecessor-the Highly Indebted Poor Countries' Initiative-to condition debt relief on austerity measures referred to as Structural Adjustment Programs. In addition, the Cologne initiative reinforces the power and authority of the International Monetary Fund, an institution viewed, at best, with skepticism and suspicion."