AVENUE OF THE VOLCANOES

Ecuador enjoys a variety of climates and a great deal of natural beauty that includes beaches bathed by the Pacific Ocean, the Galapagos Islands, the eternal snow caps of the Andes, and the thick vegetation and exotic animals of the jungle. 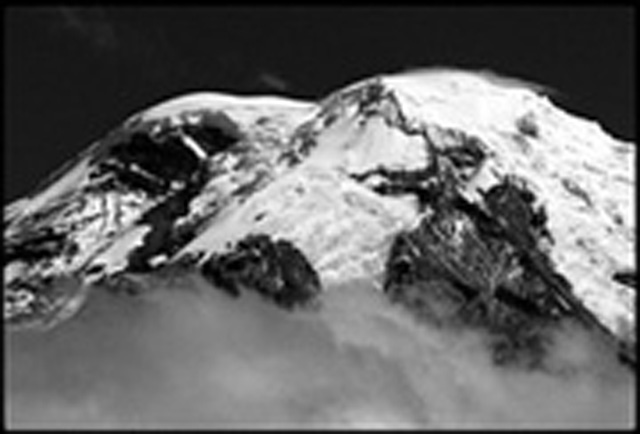 The city of Riobamba is located at the base of Mount Chimborazo, the highest snow cap in Ecuador. At 6,310 metres it is known as the Sultan of the Andes and gives its name, Chimborazo, to the province in which it is located. According to geologists, it is an extinct volcano. Thank goodness it is, at least for the peace of mind of those who live nearby.

The same cannot be said for the volcano known as Mother Tungurahua, which has a reputation for ‘awakening’ every 80 to 100 years. October, 1999, was the date of one such ‘awakening,’ just weeks after another volcano, Guagua Pichincha, located just outside the capital city of Quito, had awakened.

About 40 kilometres from Riobamba as the crow flies, Tungurahua has had more of an effect on us here in the Province of Chimborazo. Its eruption forced many people in the provinces of Tungurahua and Chimborazo to leave their homes and emigrate as ‘refugees of nature’ to population centres more distant and relatively safer.

The word ‘relatively’ is important here because the zone affected by the eruption of this volcano is extensive. While Riobamba was not affected by the incandescent lava flow, we did experience the effects of the tons of ash carried by the winds for hundreds of kilometres. The ash destroyed cultivated areas and produced respiratory illness and skin problems, especially in infants.

In October, 2000, another colossus of the Andes named The Altar added its name to the chain of disasters that have occurred in this “Avenue of the Volcanoes.” The Altar is also located near Riobamba, some 50 kilometres away. October had been marked by unusually high temperatures, reaching above 30 degrees Celsius daily, temperatures never before felt by the populations living here in the high sierra. These temperatures caused the glaciers on The Altar to melt more rapidly than normal, greatly weakening their fragile structures.

The Altar is a beautiful volcano, the product of a violent prehistoric volcanic explosion that has left an enormous crater and numerous smaller lakes on its slopes. The lakes are a result of the glacial melting.

One such lake is known as Yellow Lake and is only 30 years old. In the early hours of October 9, 2000, the residents of the slopes of The Altar were awakened by a violent explosion which shook the mountain. One of the glaciers of one of the minor peaks had broken away from the mountain and descended on Yellow Lake.

The impact of the glacier on the lake produced a massive wave of ice, water, rock and mud some 50 metres high which rolled down the mountainside, sweeping away or burying everything in its path. Seventeen people were killed along with over 200 head of cattle, sheep and other small animals. A number of houses and hectare upon hectare of cultivated land in the communities of Penipe and Quimiaq were completely destroyed.

As Ecuadorians, we are not prepared to confront the forces of nature and as such we rely on faith as our best refuge when these occur. It is over a year now that Tungurahua and Guagua Pichincha began their volcanic activity. They continue to remain active, but to a lesser extent. Nevertheless, the dangers posed by them are no less than when they began.