Craig Kielburger’s journey of solidarity with the world’s children

On March 14, 2000, Scarboro Missions was privileged with a visit from Craig Kielburger. Craig has packed into his young 17 years an amazing journey of solidarity with the children of the world.

“Really I was looking for the comic section of the newspaper when I noticed the article on the murder of Iqbal Masih. He was just 12 years old, the same age as me. As I read I thought about what his life had been and compared it to mine. The next day I spoke to my classmates about it... We met at my home and thus began Free the Children.”

Passionate and articulate are two words that best describe Craig as he shares his deep conviction and love for the millions of children who are not treated according to their dignity as God’s creation. 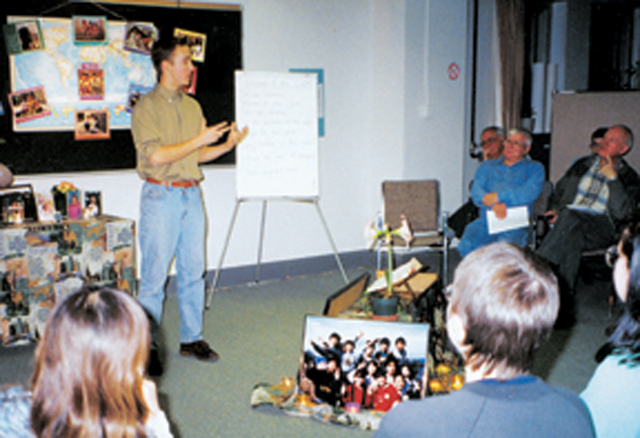 Craig has travelled to India five times. He recounted his meeting with a seven-year-old boy who had been sold into slavery. The boy’s parents, unable to read or write, had been duped into a bill of sale for their son. For 15 hours of work a day, the boy received a bowl of rice. He was burned with hot irons many times as punishment. Somehow he had been freed but did not speak for six months; he could only be heard humming a song about never giving up hope. Since his freedom, the boy has learned to read and write and is now telling his story from town to town so that parents will know and no longer be duped into giving away their children.

Mother Teresa was one of Craig’s heros. She told him, “We cannot do great things but we can do small things with great love.” Craig also quoted Margaret Mead: “Never doubt that a small group of people can change the world...it’s the only thing that ever has.”

Today Free the Children is 100,000 strong and is in more than 20 countries. It is made up of two groups: those under 18 and those over 18. The over-18 group, with their guidance and professional skills, help the younger ones. Those under 18 advocate for children—against child poverty, against child pornography, for the education of children. In every country they attempt to raise awareness to enable children to break free of the stereotype which says that since they are young they cannot really do much—they cannot really be counted. 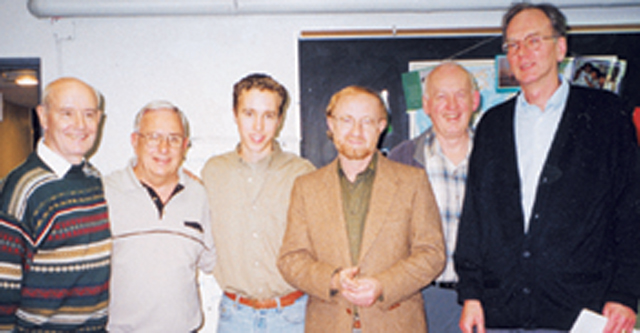 Craig wants Free the Children to continue to be a children’s organization involved in issues affecting children. He feels that children using their talents can help create a new world.

For one of her television shows, Oprah Winfrey had gathered together children who are trying to make a difference, especially for other children. Craig was one of the young people invited on the show and he told about Free the Children’s program of education for children in developing countries. Oprah spontaneously promised Craig funding for 100 schools.

It was for this reason that Craig came to Scarboro Missions, to enlist the help of our missionaries to build these schools in places where they are most needed. Retired teachers Fintan Kilbride and John Gaither are helping Craig fulfill the dream of children to be able to read and write.

Craig gave special acknowledgement to his parents whose lives have been deeply affected by Craig and his older brother Marc’s pursuit of a better world. Craig’s father, Fred, came to Scarboro Missions with his son. During a chat over dinner, he expressed his concern that Craig be able to live as any normal teenager, that he get his schoolwork done and have time for relaxation.

Craig related the story of the aid worker who told him to go back to Canada and tell what he had seen. People need to think about what is happening to the children of the world and to get involved not only by giving money but by taking part in the long and difficult process of change. Craig feels that in this way we not only give, but we truly receive, we learn from the poor and we are better because of it.

Once in Thailand Craig gave an orange to a hungry street child. “She took the orange, peeled it and divided it up among her little friends,” Craig recalled. “They are hungry too,” she said.

Free the Children (FTC) was founded by Craig Kielburger in 1995. It is an international network of children helping children through representation, leadership and action. FTC has two main purposes:

Free the Children believes that all children have the right to full intellectual, physical, emotional and social development. It is a registered non-profit charitable children’s organization existing in more than 20 countries. Only members under the age of 18 vote on decisions regarding policy and projects or act as spokespersons for the organization. Youth 18 and over act as mentors or chaperones and help with administration and leadership development.

Most of the work of Free the Children takes place on a local level among children who have formed groups in their schools, neighbourhoods, religious centres, communities, or among their friends. Children are linked through national teams and an international secretariat. Adults work as secretaries, administrators or facilitators only, and do not make policy decisions or speak on behalf of the organization. 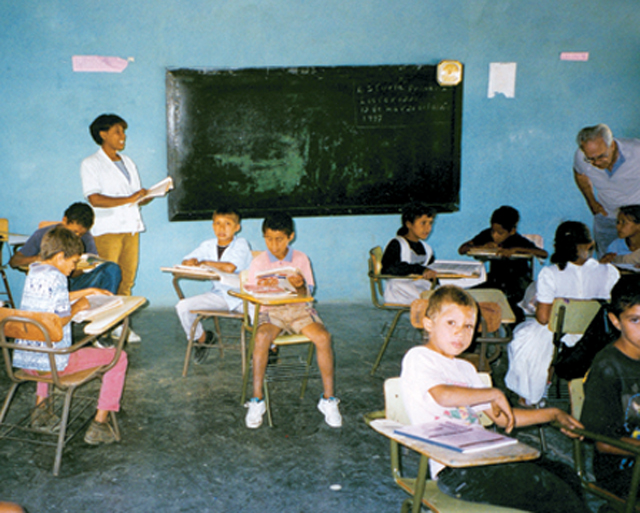 John Gaither, after many years as a teacher and high school principal, is living out his ‘retirement’ as coordinator of the FTC school project. With the help of local organizations, FTC is building schools in India, Nicaragua, Haiti, Mexico, the Dominican Republic, Guatemala, Ecuador, and most recently in the Sudan, Africa.

Tom Walsh, working in Ecuador with his wife, Scarboro lay missioner Julia Duarte, is collaborating with FTC and Indigenous Ecuadorians to build schools in the villages of Pulingui San Pablo and Sanja Pamba in the Province of Chimborazo. In the Dominican Republic, FTC hopes to collaborate with Scarboro missioner Fr. Lou Quinn to build schools in San José de Ocoa, a mountainous area in the central part of the country, where Scarboro Missions has been present for over 40 years.

Today, more children in Canada are living in poverty than when the House of Commons voted unanimously 11 years ago to eliminate the problem by 2000. According to Campaign 2000, a national coalition working to combat child poverty, one in five Canadian children are poor, or about 400,000 more than in 1989. Ontario child poverty rates increased more than those of any other province. 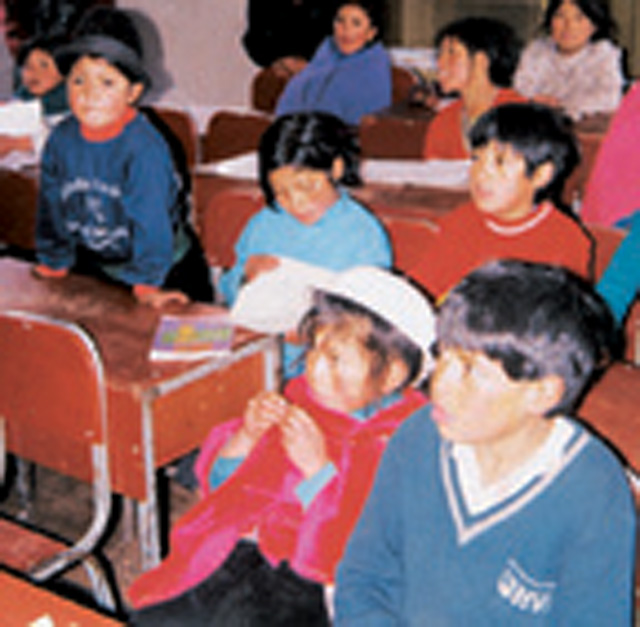 (CREDIT Tom Walsh)
Free the Children wants to add to the work already being done by and with the communities of Ecuador and the Dominican Republic, such as the school in the new El Condor community centre in Pulingui San Pablo. This is a project funded by the Canadian government’s International Development Agency (CIDA) and Scarboro Missions.

In 1989, the House of Commons voted on a motion by then-NDP leader Ed Broadbent to set a goal of eliminating the problem by 2000. In a recent interview, Mr. Broadbent said: “There’s no doubt that the issue (of child poverty), if it had had leadership politically by those in power, would have had very significant public support.”

The average poor family in Canada lives almost $9,500 below the poverty line. Campaign 2000 defines a family living in poverty as one that spends more than 55 percent of its income on food, shelter and clothing.

The coalition says that living in poverty has a long-term impact on children’s well-being. Low income children, for example, are twice as likely to have problems with vision, hearing, speech, mobility, dexterity, cognition and emotion.

Campaign 2000, which includes 85 advocacy groups across Canada, argues that governments need to do far more. It is calling for federal investments in children to rise to at least $16 billion a year by 2005.