THE SOUL OF A PEOPLE

Time flies. It is almost a year since I have come to teach in China. The land and the people have taught me far more than I taught them in this one year. During this time, I have had a chance to get to know the people and myself a little better. 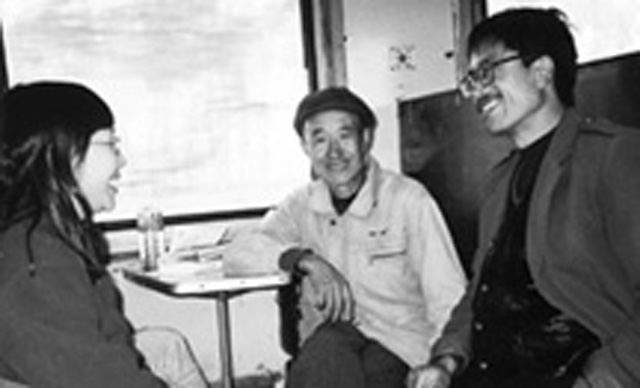 To the local Chinese, a foreigner means anyone who is not Chinese, rather than someone who is alien to the land. Chinese people were told to treat foreigners with special respect and courtesy.

However, while foreigners will be met with kindness and offered help without having to ask, being a Chinese Canadian requires some effort on my part. To avoid being shuffled around or ignored, it is crucial to make my foreign status known in times of need.

While on a tour of the city, I got separated from my tour group and sought the help of a policeman. Upon learning that I came from Canada, he immediately got his colleague, who had a cellular phone, to call and locate the tour guide. The policemen even waited with me to make sure that the guide came to pick me up.

The State Administration of Foreign Experts’ end-of-year invitation to foreign teachers for a weekend at a beach resort was the height of hospitality. They organized a motorcade procession to lead the way for all group excursions and to and from the train station. They even arranged special cars for us on the train.

The hotel’s entire staff waited at the front entrance to applaud our arrival and, at the end of the weekend, to respectfully send us off. Royal treatment was bestowed on us the entire weekend. Every detail was well taken care of to ensure that the ‘worn out’ teachers had a relaxed time to renew themselves. It all shows the grace and gratitude that the Chinese people extend toward the ordinary foreigners who come to help their country to improve and move forward.

Last January, I ventured out on my own for the first time to tour a bit of the country by train. When my students heard about it, several dropped by to give me some Dos and Don’ts, and to tell me what to watch out for while traveling in China. How formidable was their concern for their foreign teacher traveling solo in a vast country with just limited language skills.

This summer, at a hotel in the city of Dalian in Northern China, the woman at the front desk offered to get up at six o’clock in the morning to walk me to the bus stop. She wanted to make sure that I knew which bus to take and where to board it. Later, she also offered to let me rest in my air-conditioned room past the noon check-out time until it was time to go to the train station.

On the many train trips, I met a lot of people who, upon finding out that I was a foreigner, offered me a lot of help and company. Through our conversations, I slowly pieced together the fabric of a people who have undergone so many challenges in recent years. My respect and admiration for the people grew as each day passed.