Bishop Paul McHugh died peacefully at Providence Centre in Scarborough, Ontario, on May 6, 2003. He had been diagnosed with lung cancer late last year and was undergoing chemotherapy, but the results were not good. The weekend before his death, his condition had greatly deteriorated.

Bishop McHugh was born on August 21, 1924, in the farming community of Woodslee in southwestern Ontario, part of the Diocese of London. He attended St. John's School in Woodslee and in 1947 entered Scarboro Missions' novitiate in St. Mary's, Ontario. 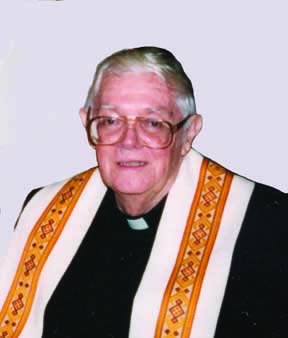 He was ordained to the priesthood on December 8, 1954, at Sacred Heart Church in Windsor by Bishop Charles Leo Nelligan. He began his first mission assignment in 1955 to the Dominican Republic. He was recalled home in 1958 and spent the next three years promoting the work of Scarboro Missions.

In 1961, he and four other Scarboro priests went to Brazil to help set up the Prelacy of Itacoatiara, east of Manaus. This was the start of Scarboro's mission in Brazil. In 1965, he was named Prelate Nullius (acting bishop) for the fledgling diocese and attended Vatican Council II in Rome. He was ordained the first bishop of Itacoatiara by Archbishop Baggio in 1967 and continued to serve there until his return to Canada in 1972.

Bishop McHugh was appointed Executive Director of the Pontifical Mission Society in Canada in 1974, working for papal missions until he suffered a severe stroke in 1981. Paralyzed on the right side as a result of the stroke, he spent three and a half months in the hospital learning to regain some of his speech and mobility. Of those early months, he said: "I have found it difficult, but I have managed to fit into the new style of life quite comfortably. I will go on trusting in the Holy Spirit, God the Son, and God the Father. I wish to store everything in their hands."

Bishop Paul was known for his faith and determination. Despite his limitations, he continued to travel, write, and participate in life as fully as possible.

He shared his great devotion to the Holy Spirit with everyone. "I did more than a hundred confirmations from 1975 to 1981 in the Archdiocese of Toronto," he wrote, "and this gave me tremendous satisfaction. In baptism a person is made in the state of grace that longs for heaven, but it is the Sacrament of Confirmation that gives us the Holy Spirit. The Spirit leads us to Christ and Christ to the Father."

During World Youth Day in Toronto, Bishop McHugh received a personal invitation to lunch with the Holy Father. He treasured his photo of the Pope greeting him on that day.

Bishop McHugh was predeceased by his parents Mary and Peter, and by his brothers Thomas, James, Matthew, and Rev. John, S.J., and by his sisters Margaret (Crinion), Katherine (Smith), and Mary (Hill). He is survived by many nieces and nephews.

A wake was held in the chapel at Scarboro Missions on May 7, 2003, at which many family, friends, and members of the Scarboro community shared memories of Bishop Paul. The Mass of the Resurrection was concelebrated on May 8 with His Eminence Aloysius Cardinal Ambrozic, Archbishop of Toronto and a classmate of Bishop McHugh's, as the main celebrant. Concelebrating were Bishop John Boissoneau, auxilliary bishop of Toronto, Bishop John O'Meara, bishop emeritus of St. Catherines Diocese, and many priest friends and Scarboro colleagues. Fr. Jack Lynch, Superior General of Scarboro Missions, gave the homily and presided over the internment at Queen of the Angels Cemetery on the grounds of St. Augustine's Seminary in Scarborough.

To the very end, Bishop Paul never ceased his efforts to share his unwavering belief in the action and presence of the Holy Spirit in our lives. May he rest in peace.