FROM THE EDITOR'S DESK

Witnesses to the Gospel

The Church in Latin America has a long history of oppression and martyrdom. We remember such people as Archbishop Romero of El Salvador and Bishop Girardi of Guatemala who died because of their stand against injustice. We remember the thousands of innocents who have been killed or disappeared at the hands of brutal military forces or repressive governments. 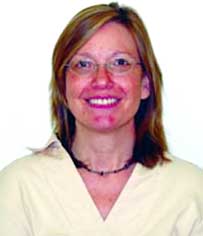 Despite their hardship, the people of Latin America continue to live with hope and with a strength that comes from their faith in a loving God who is present to them in their suffering. Their lives are a resounding witness to God.

As Christians, we are called to witness our faith. What does this require of us? In a joint statement to the Second Missionary Congress of the Americas held in Guatemala last November, the Superiors of several mission societies, including Scarboro Missions, named "social, political and economic situations" that demand our response as followers of Christ and witnesses to the Gospel. These situations, they said, "are a product of human decisions that generate injustices, conflicts, wars, death, poverty, unemployment and underemployment, and violation of human rights."

They gave the example of Jesus who "came to open the eyes of the blind and to promote a reign of justice, truth and life-a globalization of solidarity and peace."

A globalization of solidarity and peace differs greatly from the globalization that dominates our world today. In his article, Fr. David Warren reflects on this global economy that is based primarily on profit and not on the well-being of people, causing untold suffering to millions of people and to all creation.

If future generations were to ask for an accounting, we cannot plead ignorance, we cannot say that we did not know what was happening, or that we were powerless to act. But we can join others around the world who have chosen a different path, who are working for change, for an alternative vision, God's vision, of a just and peaceful world.

The people of Chiapas, Mexico, most of whom live in crushing poverty, look with hope to the coming of this just and peaceful world. Scarboro missioners worked in Chiapas in the early 1980s and experienced firsthand the plight of the people. In this issue's Way of the Cross, written by members of the Diocese of San Cristobal, they invite us to journey with them in their struggle and to encounter Christ among them.

This year marked the 10th anniversary of the Zapatista uprising in Chiapas. On January 1, 1994, indigenous peasant farmers drew international attention to the suffering of the people of this region, a result of centuries of exploitation and oppression that continues today. The uprising took place on the day of the enacting of the North American Free Trade Agreement, which the Zapatistas saw as a death sentence for indigenous peoples.

So what can we do as Christians to help bring about God's vision of the world? We can learn about the issues of our times and connect with others who are working for change. This magazine opens with an article by Scarboro lay missioner Karen Van Loon about an education and action campaign now available to us from KAIROS-Canadian Ecumenical Justice Initiatives. The campaign, called Cultivating Just Peace, guides us toward an alternative vision of a just and peaceful world, achieved not through military defence, but through improved social, political and economic conditions. We can put our faith into action. The world awaits our witness.