The Second Vatican Council opened on October 11, 1962. Pope John XXIII sought to define the nature, scope, and mission of the Church along with more than 2,000 bishops from all over the world. 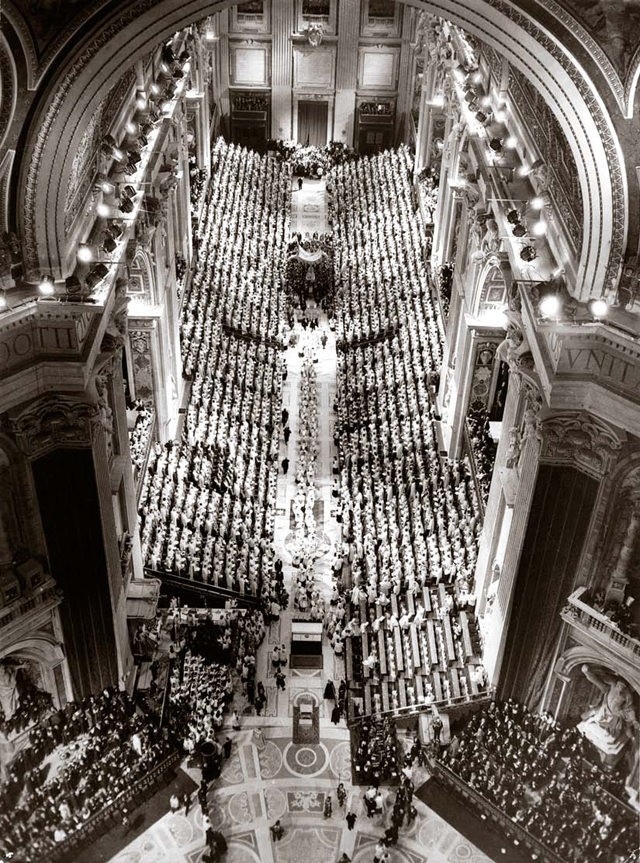 By the time the Council closed on December 8, 1965, four key documents were drawn up:

As with papal encyclicals (letters), the first few words of the documents are taken as the title and indicate the key message of the text. The Latin titles of the four main documents are:

These constitutions form the heart of the Council’s teachings on the mystery of the Church. Twelve other documents expanded on the teaching of the central four:

The largest number of bishops in recorded church history attended one or more of Vatican II’s sessions: a total of 2,860 bishops from all over the world. (Vatican I had 737 bishops.) Depending on the session, the number of bishops was between 2,000 and 2,500. Several communist countries refused to allow bishops to attend, and some bishops living under repressive regimes were afraid that if they left their countries they would not be allowed back in. As a result, at least 274 bishops could not take part in the council. 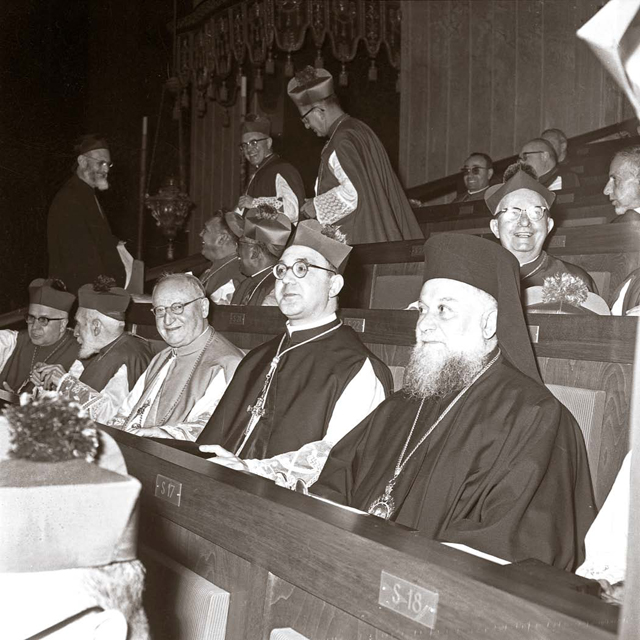 Present at the Council were:

Many bishops brought along an aide, a translator (sessions were conducted in Latin) and a personal peritus, or expert. As the bishops waded deeper into new theological and pastoral territory in successive sessions, the number of their advisors and experts increased as well. While numbering about 200 in the first session, periti more than doubled, to 484, by the council’s end. 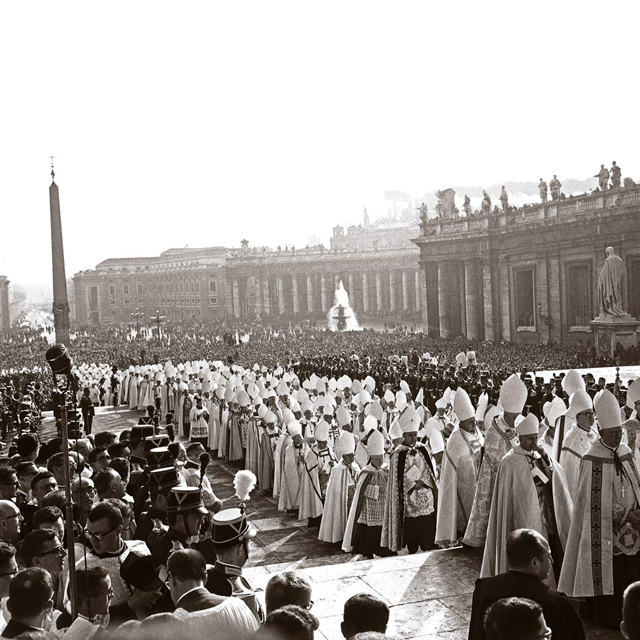 (Credit: Photo Service – L’Osservatore Romano)
Procession to the Basilica at the opening of the Second Vatican Council. October 11, 1962, Rome.

called to be a visible, communal sign of the invisible, renewing presence of God in the world and in human history.

and the celebration of the sacraments.
Holy Spirit (the horizontal dimension). The Church is collegial.
Adapted from Fr. Richard P. McBride’s, “Essays in Theology,” June - August 2011, National Catholic Reporter, www.NCRonline.org 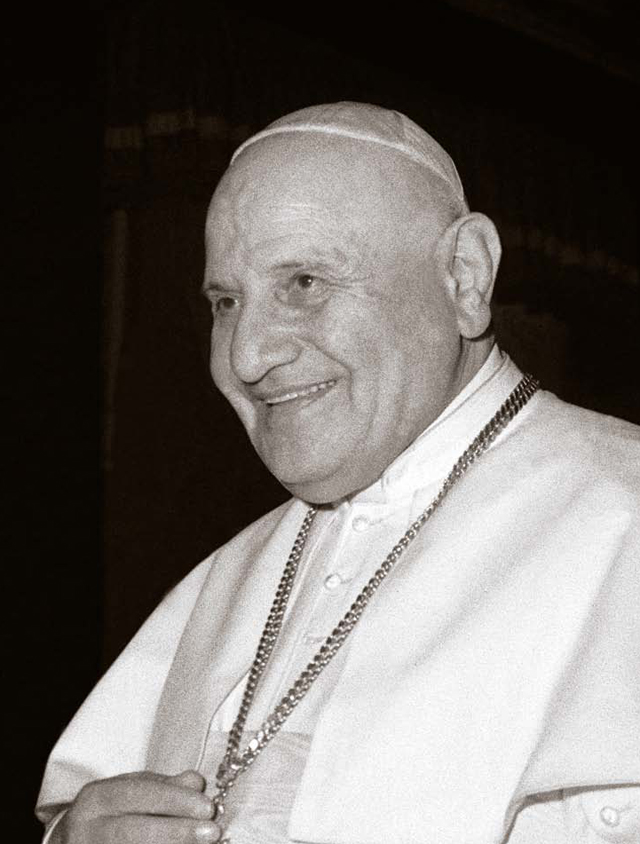 Aggiornamento: Italian for “updating”; used by Pope John XXIII to describe the church’s need to renew and update itself through the Second Vatican Council.

Ecumenical: Literally “universal,” from the Greek oikoumene, the inhabited world. Used to identify the church’s general councils which gathers bishops from all over the world. In the movement for Christian unity, the noun ecumenism has become synonymous with striving for unity among the Christian churches.

Peritus (plural Periti): Latin for “expert.” During the Second Vatican Council many bishops brought along their own experts in various disciplines, such as scripture, canon law or theology, to help their understanding of a topic and decision making.

Collegiality: An increased sense of shared authority, or collegiality, among bishops and between them and the pope, was underscored by the Second Vatican Council. Though admittedly a sensitive issue, some level of collegiality is seen in the world synods that have been regularly convoked in Rome since the Council. (Leonard Foley, OFM, Catholic Update) During the Council it became clear that the bishops of the world wanted to take more responsibility for the world-wide church and to act more collegially through National Bishops Conferences. 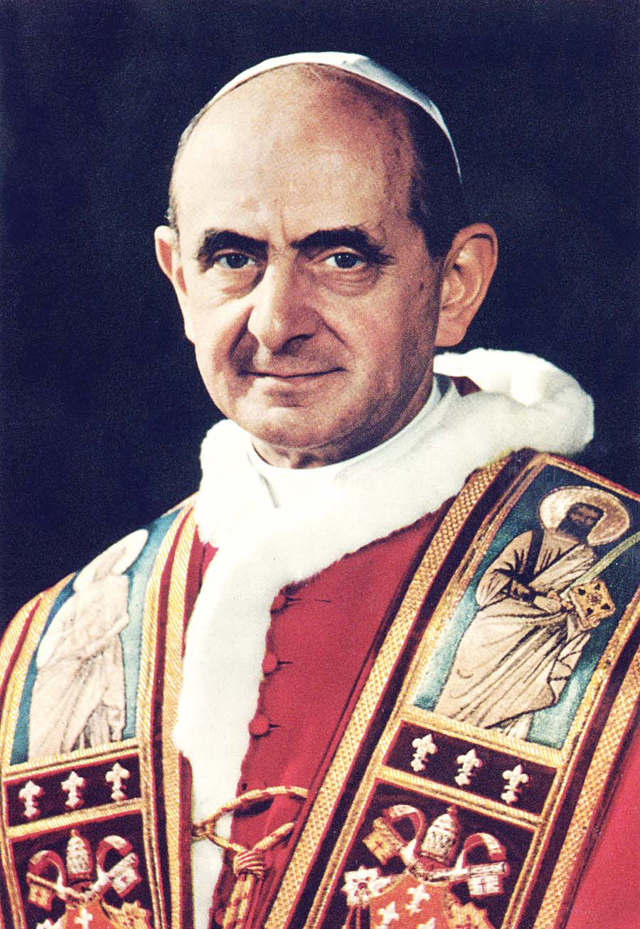 The Second Vatican Council was the 21st council in church history and was so named because it was the second council to be held at the Vatican. The Acts of the Apostles records the church’s first official council: the council of Jerusalem in 51 AD. There the early church, under Peter’s leadership (following his own personal “conversion” experience), decided that converts to the new Christian faith were not to be obliged to make their entry through Judaism. The council ruled that new Christians did not need to follow Jewish practices such as circumcision and dietary laws. Here we have the first written record of church collegiality as the apostles conveyed their decision to the believers in Antioch: “It has seemed good to the Holy Spirit, and to us...” (Acts 15:28)

By the second century, church documents show that bishops from Africa to Greece were regularly getting together to decide matters of church teaching and pastoral practice in regional meetings, synods and councils. Until the strong centralization of the papacy at the end of the first millennium, many of these regional councils were called at the bishops’ own initiative; in some cases the pope was not even notified, or learned of their respective deliberations when the news finally made its way to Rome, sometime after several years.

...The first eight ecumenical councils were held in the East (starting in 325 AD): two in Nicaea, four in Constantinople, and one each in Ephesus and Chalcedon. The remaining 13 were held in the West: Lateran Councils I through V at the Basilica of Saint John Lateran in Rome, Vatican I and II at the Vatican, and one Council in Florence. Trent became a second home to many bishops (and their successors), running in 25 sessions over 18 years (Trent was interrupted by wars, internal politics, unrest among the faithful, and even the plague.) Two councils were held in Lyons, France.

Much of the information on these pages was adapted from the National Catholic Reporter, October 4, 2002, edition, “Vatican II: 40 years later”.
www.natcath.org/NCR_Online/archives/100402/vaticanII.htm
Pope John XXIII died on June 3, 1963, after Vatican II’s first session. Just three months later, in September 1963, his successor, Pope Paul VI, reconvened the council. If a pope dies during a council, it is automatically suspended unless or until another pope reconvenes it.