On August 9, 1959, when Pope John XXIII called for an ecumenical Council, I was in high school and had no idea what it meant or what might happen. When he opened the Second Vatican Council on October 11, 1962, few people anticipated the impact it would have.

In his opening remarks to the Council, Pope John affirmed that the Church “prefers the medicine of mercy rather than of severity.” He saw a need for the Church to assert its great teachings on human dignity, the value of collaboration and dialogue, and the need for peace. He had lived through two wars and was profoundly moved by the suffering that he witnessed and brought all these together in his great encyclical, Pacem in Terris (Peace on Earth), which was published during the Council and just a short time before his death. 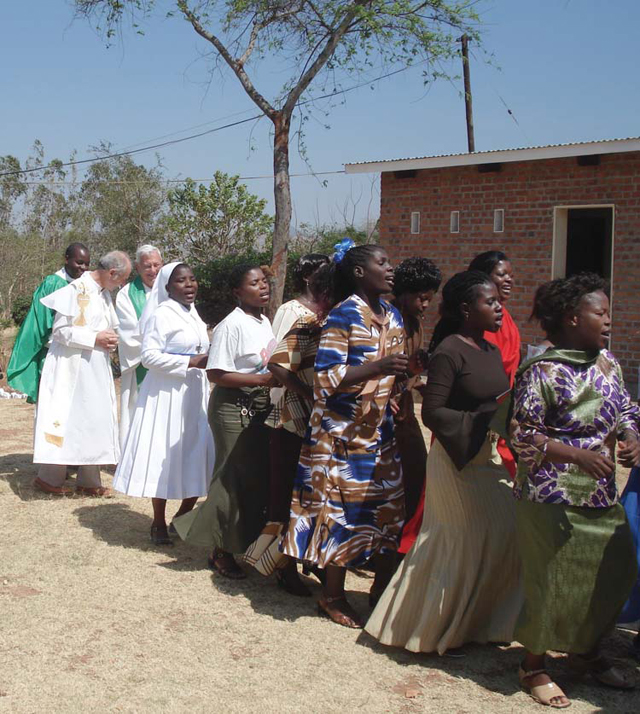 I was in the seminary when the Council opened and I remember that we all watched and waited. Some commentators expected the Council simply to ratify well known positions on a range of issues and to wind down within a couple of months. Few people imagined the Council going on for four sessions, until December 1965, and fewer foresaw the depth of the Church’s soul-searching as it grappled with what it means to be a Christian in the context of the modern world.

It was an exciting time for many of us, while others were upset and confused. I profoundly believe it was the work of the Holy Spirit. Everything was so new. Present at the Council were some great Canadian Bishops, admired by many in the Church for their well thought out presentations and positions.

With recent changes in the liturgical texts I have been recalling an encounter that has impacted me to this day. I was taking a theology course at the Maryknoll Sisters in Maryknoll, NY. This was shortly after the release of Maryknoll Bishop James Walsh who in 1959 was condemned by the Chinese communists to 20 years in prison. He was suddenly released in 1970 after serving 12 years, and now, for the first time since his release, was going to celebrate Mass publicly in the chapel of the community of the same Sisters who had prayed for him throughout his long imprisonment.

Invited to concelebrate, I recall meeting Bishop Walsh in the sacristy where the Maryknoll superior general was explaining to him all the changes in the Mass, which was no longer in Latin but now in English. Here was a bishop who after 12 years in isolation in a Chinese prison only recently found out about the Second Vatican Council. As Bishop Walsh listened to the explanation of the new liturgy and prayers, I was amazed at his positive attitude. He remarked on how much sense the changes made and, above all, how much he appreciated the use of the vernacular so that people could celebrate the liturgy in their own language.

Blessed John XXIII saw a need for the Church to assert its great teachings on human dignity, the value of collaboration and dialogue, and the need for peace.

I caught a glimpse of the depth of this spirit-filled man who was almost in tears as he spoke of what could now be done in China to celebrate the Eucharist in Chinese and spread the Good News. In his reflection at Mass, Bishop Walsh spoke of the need to be focused on Jesus and his teaching, as this had sustained him during his years of imprisonment. I am sure that the Spirit of God was with him during his imprisonment as much as the Spirit was with the bishops gathered at the Council. In the years since Vatican II, those of us who are privileged to be involved in global mission have witnessed the magnificent liturgical celebrations of Catholic communities in other parts of the world—people proud to celebrate in their own language and proud of their culture and traditions, now incorporated into their prayer and public worship. Vatican II opened for us the possibility to appreciate the diversity and richness of the work of the Spirit of God in different peoples and cultures.

I pray that while we continue to appreciate the profound beauty of our history and tradition expressed in music, art, architecture and literature, we maintain our openness to the ongoing revelation of the Holy Spirit in new forms and ways that invite us to discern and discover God with us today.

In our 2011 Christmas message, we wrote that Scarboro missioners pride ourselves on being missioners whose spirituality is formed and molded by Vatican II. We value collegiality, consultation, the call for the recognition of the dignity of the person, respectful dialogue with people of other faith traditions, the renewed emphasis on the missionary outreach of the Church, and the role of the laity.

In the years since Vatican II, those of us who are privileged to be involved in global mission have witnessed the magnificent liturgical celebrations of Catholic communities throughout the world, people proud to celebrate in their own language and proud of their culture and traditions now incorporated into their prayer and public worship.

As a Church we need to open ourselves to the wealth of talents and gifts of the laity and give them greater participation, especially women. We need to recognize the magnificent contribution that women make to the Church. My mission experience in Latin America and my privilege of visiting missionaries around the globe leaves me absolutely convinced that more than two thirds of evangelization is done by women, especially women religious. We need to ensure that they have a greater say and participation in the decisions of our Church.

As a priest, I have been enriched by the gospel and scripture sharings and reflections that have been done by women. They have helped me to discover the face of God and I would like to see more opportunities given to laity to “break open” the Word of God. We miss out on the richness of the Gospel when we hear only the reflections of celibate males. We need to open space to listen to the unemployed, the marginalized and, above all, the economically poor as they hear and understand the Word of God.

We as a Church are called to be a sacrament, a visible sign of the Reign of God. The Vatican II document, Lumen Gentium (Dogmatic Constitution on the Church), spoke first about the mystery of the Church, secondly about the People of God, and then about the hierarchical distinctions. The document stated that “everything that has been said about the People of God is addressed equally to laity, religious and clergy” (Lumen Gentium #30). Though they may have different functions, the whole people are seen as equal in Baptism. We need to overcome an excessive clericalism and witness to inclusivity to be truly an evangelizing Church.

We still have a way to go before fully implementing the vision of Vatican II. I must confess that at times I have felt that we are retreating. At this critical time for the Catholic Church, it is good for us to pause and to recall what the Spirit of God revealed to us at that Council. May the Holy Spirit strengthen and guide us as we rededicate ourselves to the person, teaching and mission of Jesus in Vatican II.