Last June I joined the Interfaith Department at Scarboro Missions as an intern. This experience has proven to be illuminating and transformational and has put me in touch with different layers of interfaith work. The awareness raising and networking tasks of the office fit extremely well with Scarboro’s larger vision. Their priests and lay missioners believe that serving God’s mission today involves crossing boundaries and borders, most of which are not geographical, but rather represent divisions among people. 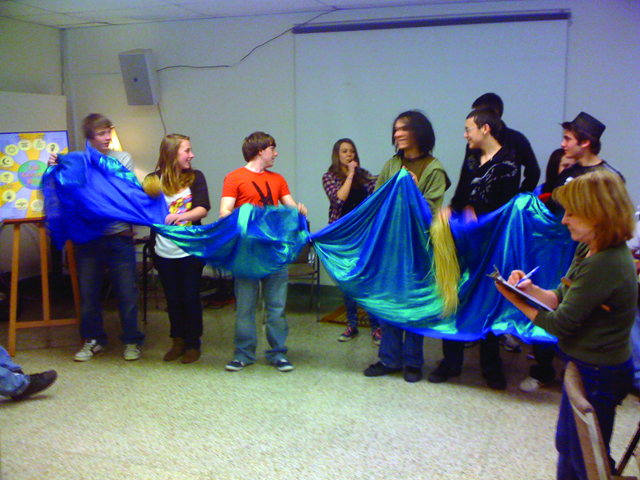 Part of Scarboro’s mission statement says that they seek “to live simply and in solidarity with the poor and marginalized people of the world and to work on behalf of justice; and “to encounter and celebrate God’s presence in the life, history, culture and faiths of the people among whom we live.” These areas of commitment are what drew me to Scarboro, as the intersection of interfaith dialogue and social justice has always been at the forefront of my research and professional life.

Through the internship I have attended conferences, interacted with some of the major interfaith actors in the Greater Toronto Area, and grown in my understanding of other faith traditions. In the summer of 2013, Scarboro took part in the planning of the North American Interfaith Network Conference (NAIN) bringing together interfaith leaders from North America to discuss issues of diversity. I was privileged to represent Scarboro at this conference. Besides learning about anti-bullying campaigns, campus ministry initiatives, and so on, I was able to interact with people who are invested in linking our common humanity to the ethical pillars set by each tradition.

Last fall, I attended meetings of different interfaith-focused groups and visited multiple houses of worship. One of the highlights of these experiences was sitting in on one of the World Religions retreats offered to high school students at Scarboro’s Mission Centre. Participants experience the richness of other traditions through the context of the Golden Rule as it is articulated in all the major religions. The retreat allowed me to witness the openness of new generations to difference and diversity, especially with respect to culture and religion.

Most of the work I have been doing involves learning about others. Perhaps this is my first core learning: that interfaith work focuses on educating ourselves about other faith traditions, the commonalities of humanity, and our place within the larger creation of God.