Since its founding in 1918, Scarboro has experienced two distinct waves of missionary endeavour in China

As Scarboro Missions approaches 2018 and the 100th anniversary of its founding, and as it continues to withdraw from long standing commitments in a number of countries either because of a shortage of personnel or because we are no longer needed, we look back on the places we have worked and the work we have done and ask what difference we have made.

This question is especially poignant in the case of our mission to China, or perhaps I should say our missions to China, as there are two distinct periods to our endeavours in that country. As long time readers of Scarboro Missions magazine may be aware, Scarboro Missions was originally founded to work solely in China and was known as China Missions. Historical events intervened and all foreign missionaries were expelled when the Communist Party took over China. By 1955 we were dispersed elsewhere in Asia and in Latin America. 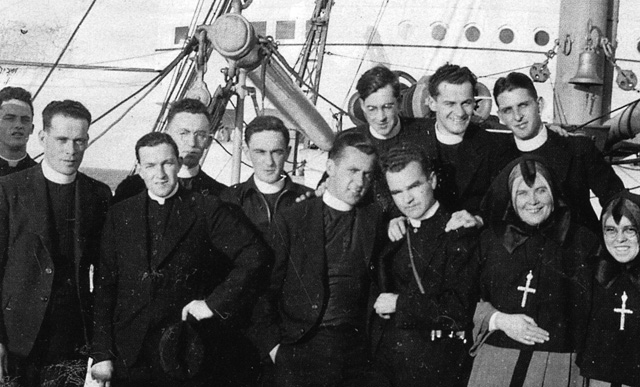 Scarboro missionaries and Grey Nuns (circa 1930s) on the boat to Lishui.

Things changed, however, and by the late 1970s it became possible for foreigners to work once again in China, no longer explicitly as missionaries attached to a church, but as teachers in universities. This new situation allowed Scarboro Missions to revive its commitment to serve the Chinese people not through direct evangelization but through Christian witness. We were there to participate in China’s reintegration into the family of nations through the teaching of English at universities, giving students the opportunity to interact with non-Chinese and exchange ideas, world-views, customs, and values.

In the years following our expulsion from China our missionaries had intermittent communication from people in the city of Lishui, our original mission, but we had little idea of the situation there. We knew the church buildings had been destroyed, that the people were forbidden to practice their faith, and that the local priests had either been killed or imprisoned.

As a number of Scarboro Missions personnel arrived in China in the 1980s and 90s and travel within China became possible, naturally there was a desire to visit Lishui and see what remained of the work of our first missionaries. The first person to make the trip was Fr. Gerry Sherry in 1988. He was followed a few weeks later by Fr. Jack McGoey, accompanied by Sr. St. Angela of the Grey Sisters of Pembroke, Ontario, both of whom had been part of the first wave of missionaries from Scarboro and the Grey Sisters who worked together in Lishui. Sr. St. Angela had gone to mission in Lishui in 1937 and Fr. McGoey in 1940. They reported that while most of the physical signs of our early missionary presence in Lishui were gone, the Catholic community remained and indeed they met several people who remembered them after all the years of absence and persecution.

I had the good fortune of visiting Lishui with Scarboro missioners Fr. Ray O’Toole and Cynthia Chu in 2003. It was a memorable and deeply moving journey. Once word went out that we had arrived and were at the site of the old rectory, the bottom floor of which was now used for Mass, a group of parishioners came to welcome us. Over the course of the next few hours we heard stories of how the community had suffered but survived, defiantly handing on the forbidden faith, and even managing to secrete away mementoes of their destroyed church and pastors. Later in the day they took us to the graveyard to the carefully restored and maintained graves of Frs. James MacGillivary and Aaron Gignac who had died in Lishui.

So what did Scarboro Missions leave in Lishui? We left a community of Christians, strong enough to withstand the loss of their material possessions and their leaders; firm enough in their beliefs to be outlawed and subjected to re-education to destroy their faith, yet able to persevere; courageous enough to hand on the faith to subsequent generations. They are able to remember what was, to accept what is, to continue to praise and thank God for life, and to make use of the limited degree of freedom to worship they are now allowed.

Scarboro’s China mission team in 1998, made up of priest and lay missioners (L-R: Louise Malnachuk, Marc Hallé, Puri Garrido, Fr. Ray O’Toole, and Eric Lagacé). By the late 1970s foreigners could once again work in China, no longer explicitly as missionaries attached to a Church, but as teachers in universities.

This of course is the story of the Catholic Church all over China as the people, in spite of attempts to manipulate and control them, insist on remaining in communion with the universal Church. Their fidelity is an inspiration to the whole Church and is blessed by continued growth and a vitality the Western Churches seem to have lost.

For those of us who constitute the second wave of Scarboro missioners to China, the legacy of these early missionaries sustains us. We certainly won’t bequeath buildings or monuments to those who come after us. We will not leave communities of Catholics that we have established. What we hope is to leave memories with our students of teachers who were dedicated and respectful, open to sharing ideas and life. Our students know that we are Christians and we hope we leave with them a positive impression of the faith and that maybe some of them may be moved to embrace that faith which we so yearn to share with them. (Of course we also hope we leave them speaking and writing proper English.)

China is such an amazing country. Our time there changes us and has left an indelible mark on Scarboro Missions. As the future of the world and China continues to unfold and China assumes a more and more prominent role in that unfolding, we hope it will contribute positively to creating a world of justice and peace, with respect for all people and their beliefs. We hope that the efforts of missioners from Scarboro Missions will have played some small part in helping China to be the nation God calls it to be in the ongoing unfolding of creation. 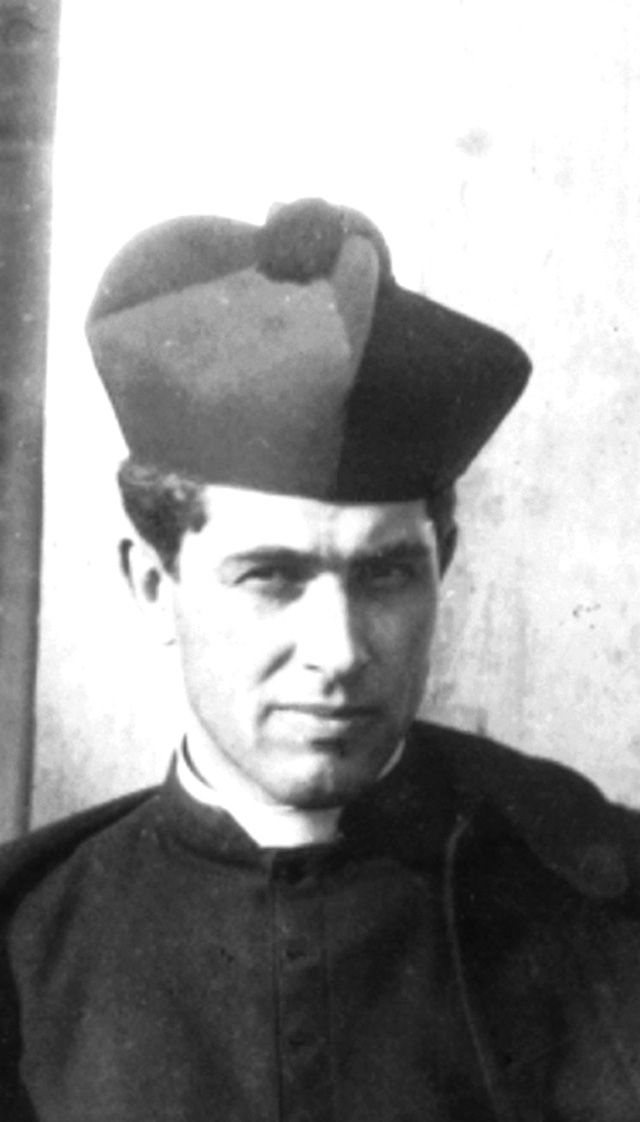 The following was written for this issue by Sr. Susan Daly of the Grey Sisters of Pembroke, Ontario. Fr. Venedam (inset) was part of Scarboro’s first wave of missionaries to China, along with the Grey Sisters who went there in 1930. The Sisters also served with Scarboro in the Dominican Republic, Japan, and the Bahamas.

It was 1937, my first Christmas in Lishui, China, and I was looking forward to the occasion. It was a celebration and Fr. Arthur Venedam loved celebrations, doing all that was possible to make them memorable.

For Midnight Mass we went to the choir loft as the liturgy had to be sung in Latin. The congregation sang hymns in their own language and had a magnificent variety of melodies. For the entrance, Father had prepared some 30 little girls who wore long Chinese gowns and carried a bobbing lamp on a long pole. They had to walk some distance apart, which added to the length and solemnity of the ceremony. Fr. Venedam followed, carrying the infant Jesus to be placed in the crib at the front of the church. During the procession the congregation sang a traditional hymn, having learned the melody from the French missionaries (Vincentians) who had worked in the parish before the Scarboro priests came. I thought I had never witnessed such solemn beauty.

When the celebrations were complete and the firecrackers finally silenced, we returned to our convent. Santa had come and gone. On the wall of our community room hung a stuffed gunnysack. In it, tied in small packages of bills was one million Chinese dollars, a gift from the Scarboro Fathers. We were millionaires!

I am not sure how the gift was used. The most urgent need was medicines for the clinic, but, on second thought, it could have been used to plan a picnic, a dire necessity on dark days.