The wisdom of the Word of God that penetrates deeper than a two-edged sword is evident in the encounter of Jesus with the man who is you and me in Mark’s Gospel account (10:17-30).

In the first place, the Kingdom or Reign of God calls people to conversion, not before all else to the law or to pious exercises, but to a new mode of existing before God and in the light of the good news announced by Jesus.

It implies not so much rapture as rupture: “Do you suppose that I am here to bring peace on earth? No, I tell you, but rather division. For from now on a household of five will be divided: three against two and two against three…” (Luke 12.51-53)

But the conversion will be life-giving in that it will lead a person to a crisis, disposed to sell all properties to acquire the field with a hidden treasure, the precious pearl, and even more. 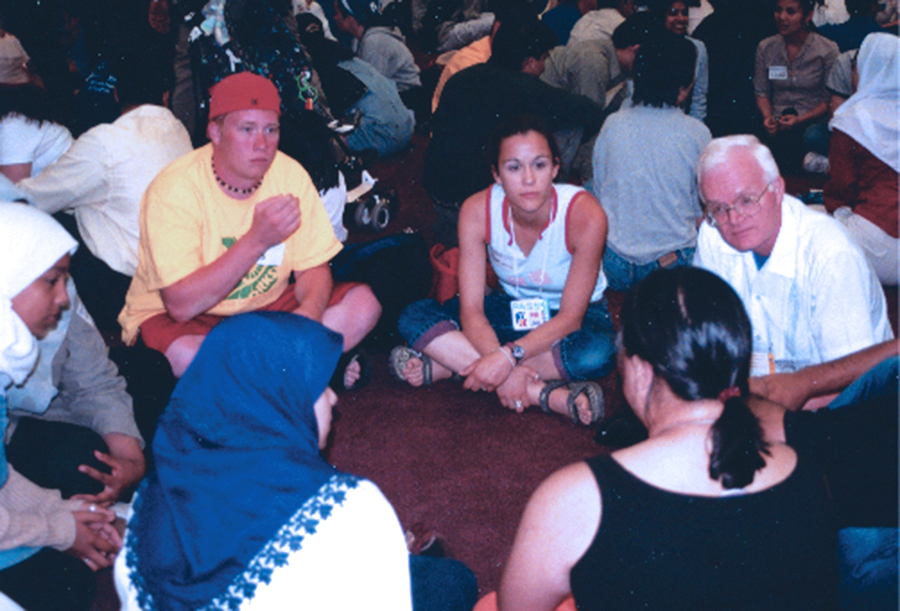 Jesus did not come to bring a more radical and severe law, nor did he preach a more perfect devotion to the law (pharisaism). Nor did he preach any system of justice that consecrates and legitimizes a social status-quo that has as its starting point a basic inequality (discrimination) between people. He announces: All are worthy of love. And to the scribes question: “Who is my neighbour?” Jesus answers that this question should not be asked at all. All are neighbours to each other. All are children of the same God and because of this all are brothers and sisters.

It’s this demand of universal love of friends and enemies alike that puts into permanent crisis all societies and churches. Jesus announces a principle that checkmates all inhuman subordination to a system whether social or religious. The norms of the Sermon on the Mount presuppose love, a new human person and one liberated for greater things. “If your virtue or justice goes no deeper than that of the Scribes and Pharisees, you will never get into the kingdom of heaven.”

To enter the kingdom it is not sufficient to do what the law ordains. The present order of things cannot save people from their deep alienation since it is order in the midst of disorder.

An example of the disorder: we see the wanton destruction of our forests, pollution of the waters and air, the plundering of the Earth for minerals and whatever resource commodity that entices profiteering greed. We see the destruction of the forests ruining the habitat of Indigenous peoples of the world (and displacing them). We know very well that no Indigenous peoples would ever inflict such destruction on the Earth or plunder it in this way, as our societies do.

Open to what truly matters

The image we get from these sayings, parables, and brief stories of the Gospels is of a person free from preconceived ideas, whose eyes are open to what truly matters, who gives to those who are abandoned and in need. In this way Jesus shows us that the established order cannot redeem us from profound human alienation, and that the world must suffer a restructuring in its very foundations in order to become the location of the Kingdom or Reign of God.

What counts now is not exterior categories and labels that people can grab onto or not. What matters is what is revealed in the heart that opens itself to God and to others. It is this that determines who is good or bad, divine or diabolic, religious or irreligious.

Jesus touched human persons at their very core, and with all his energies tried to create the conditions for a breakthrough of the Reign of God, which is not an entirely different world, but this world completely renewed.

Fr. Justin MacInnis was ordainedin 1963. His first assignment was to Brazil where he served for 18 years among Indigenous Amazonian peoples. On returning to Canada he was assigned to Edmonton to work with First Nations people.