Amharic has the distinction of being both a Semitic and an Afro-Asiatic language. That’s because its roots can be traced back 2,000 years to the Middle East. In fact, it’s the second-most spoken Semitic language in the world, after Arabic. Amharic is the official working language of Ethiopia. Approximately 17.5 million people speak it as their first language and many as their second language. Outside Ethiopia, an estimated 2.7 million emigrants speak Amharic. 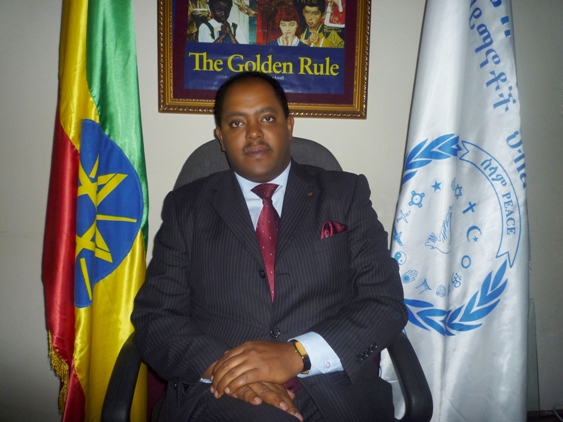 The Amharic-language Golden Rule Poster is an adapted version of the Scarboro Missions Golden Rule Poster. Ambassador Mussie Hailu lives in Ethiopia and is an activist in the fields of peace-building, interfaith dialogue, Golden Rule and inter-cultural harmony. His work is recognized internationally.  He has translated the 13 Golden Rule texts and produced the adapted Amharic version of the poster. There are now 200,000 copies in print. Ambassador Hailu has also produced an adapted English-language version of the poster and has circulated more than 500,000 copies of it across Africa and around the world. He also promotes April 5th as International Golden Rule Day. To view or download the Amharic poster, click here: