Scarboro Missions closed its Mission Centre in December 2017. In the final 12 years of the Centre’s remarkable history, we drew on a core group of facilitators to develop and present new programs. Prominent among these efforts were the interfaith Golden Rule retreats. Each academic year we collaborated with 35 Catholic high schools as part of their World Religions course. About 5,000 high school students participated in the retreat programs annually. Our team also guided retreats and prayer experiences. We were invited to guide and animate Study Days and Professional Development Days for teachers. We also worked with chaplains and candidates for the Sacrament of Confirmation.

Our team collaborated with multi-faith groups, and was invited to lead workshops for social workers and community groups in pluralism and diversity training. The groups numbered between 20-40 people. Day-long retreats and workshops for 60-80 participants were also arranged.

With the help of Dwyer and Sheila Sullivan the team developed programming to meet the debriefing needs of young people returning from overseas experiences among the poor.

In responding to the deep hunger for faith and spirituality, Fr. Dave Warren, SFM, developed and presented a series each year on Scripture and on Catholic Social Teaching. As well, an Advent and Lenten series explored and practiced the contemplative dimension of Christianity. This was also the focus of two weekly gatherings—Centering Prayer and John Main’s Christian Meditation.

Kathy Murtha: director of the Mission Centre from 2006 until it closed in 2018, and with more than 20 years as a retreat director and workshop facilitator.

Through Scarboro Missions legacy funding, Kathy Murtha continues her retreat facilitation work at The Mary Ward Centre for Education, Spirituality and Justice, a ministry of the Loretto Sisters in Toronto.
Tel: 647-259-2951; www.marywardcentre.ca 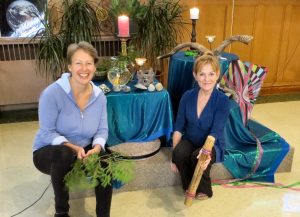 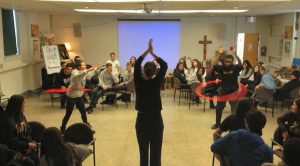 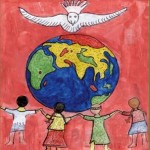