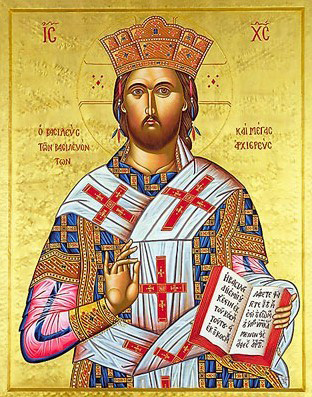 We are living in interesting times.

The ancient Chinese had a saying: “It is better to be a dog in a peaceful time than to be a human in a chaotic period.” For the ancient Chinese, “chaotic period” meant the interval between the end of one dynasty and the beginning of a new one. In China, during this period between dynasties, there was no central authority and local warlords governed the country. There was also a breakdown of law and order and bandits flourished. Life was brutal.

But what does the election of Mr. Trump mean for the rest of the world, including Canada? It means uncertainty and along with uncertainty there is anxiety.

Some scientists are saying that the election of Mr. Trump represents a disaster for the planet. Mr. Trump has said that global warming is a hoax invented by China and he plans to pull the United States out of the December 2015 Paris Climate Agreement to reduce greenhouse gases.

I met a woman recently whose son is serving in the Royal Canadian Navy. She told me that her son was worried that Mr. Trump would take us into another war. Mr. Trump certainly made some bellicose statements during the election campaign. Strangely enough, however, there seems to be the making of a friendship between Mr. Trump and Mr. Putin. Mr. Putin welcomed the election of Mr. Trump. (I’m not sure if that’s a good sign or a bad sign.) Mr. Trump has aroused anxiety in Europe about the commitment of the United States to defend the NATO countries against Russian aggression.

The election of Mr. Trump means economic uncertainty for Canada. He rose to power on a platform of protectionism, promising to protect American industry against the importation of foreign-made goods. He has signalled his intention to renegotiate the North American Free Trade Agreement. What will this mean for Canadian exports? The United States is our biggest trading partner. Mr. Trump will also encourage American companies to move their foreign operations back to the United States. What will this mean for Canadian jobs?

“Christ is the image of the invisible God, the firstborn of all creation; for in him all things in heaven and on earth were created, things visible and invisible, whether thrones or dominations or rulers or powers—all things have been created through him and for him” (Colossians 1.15-16).

Whether they realize it or not, political rulers are subject to Christ. “Christ is before all things, and in him all things hold together” (Colossians 1.17).

In an age when things seem to be falling apart, it helps to remember that the centre will hold.

In 1919, the Irish poet William Butler Yeats wrote a poem entitled The Second Coming. It was a time when everything seemed to be falling apart, and his poem expresses the darkness of the time:

“Things fall apart; the centre cannot hold;
Mere anarchy is loosed upon the world,
The blood-dimmed tide is loosed, and everywhere
The ceremony of innocence is drowned;
The best lack all conviction, while the worst
Are full of passionate intensity.”

But, no matter how bad things get—and they can get pretty bad—Christians can never say that “the centre cannot hold” because we believe that Jesus, the one who has risen from the dead, is the centre. Countries and empires decline, economies falter, violence rages, folly triumphs over reason, but God remains in charge of history.

There are dark forces at work in our world. But Christ has freed us from the power of darkness: “Brothers and sisters,” says Paul in today’s second reading, “Give thanks to the Father who has enabled you to share in the inheritance of the saints in light. The Father has rescued us from the power of darkness and transferred us into the kingdom of his beloved Son” (Colossians 1.12-13).