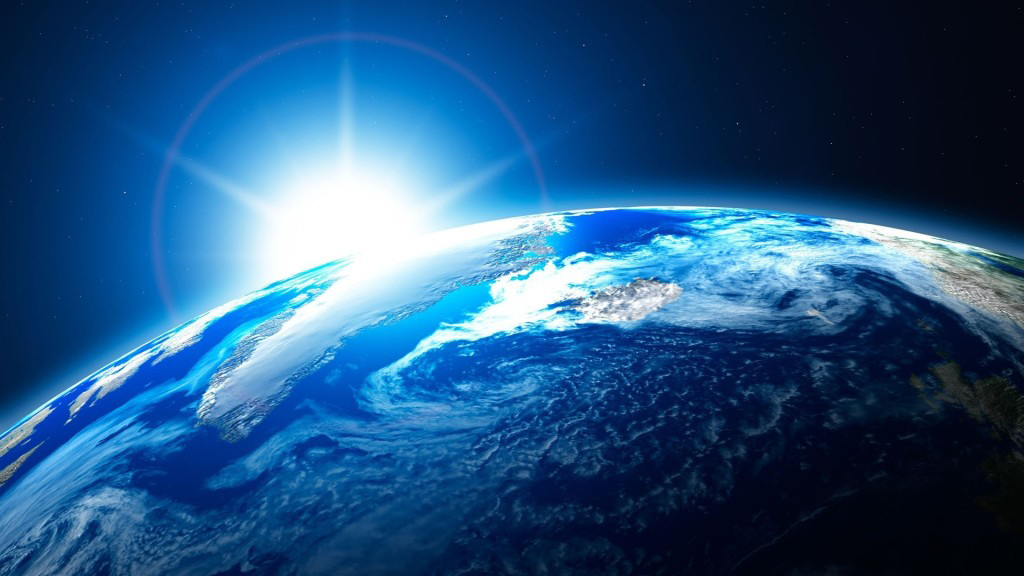 New Year’s Eve used to be a very special night for me when I was growing up in Hamilton, Ontario. My Dad and I would leave all the company in the living room, put on our coats and go outside through the back door. We would walk to the front of the house and wait on the porch until the City Hall clock struck midnight and the whistles from the north-end factories signalled the beginning of a new year. Then we would let ourselves in the front door to the living room where we joined in the happy commotion of the New Year’s celebration.

Going out the back door and coming in the front door was a ritual. My Dad explained that it meant letting the old year out and allowing the new year in. I can’t remember anyone in our house making New Year’s resolutions, but the significance of going out the back and coming in the front seemed to have a lot of meaning. There was a brand new beginning. Life seemed to stop for a few minutes and start again in a fresh way. The past was let out, disappearing into the cold night. It wasn’t the future that was let in, but the fresh new present and a hope. The hope was that by starting with the now, which was new, we could go into the future unburdened.

I know now as my Dad knew then, that time doesn’t stop to allow us to catch up, nor does the past just disappear magically. However, the possibility of living a new life is very real. And that possibility is not limited to a defined period of time such as New Year’s Eve. Rather, for the man or woman who claims to be Christian, living a new life is a daily challenge.

We have been invited, called, to newness of life. The Lord passed from death to life so we might have life and have it in the full. Our God is a God of life and calls us to life. To be Christian is to be committed concretely to the task of living a new life in Christ.

I have been crucified in Christ and the life I live is not my own. Christ is living in me. I still have my human life, but it is a life of faith in the Son of God, Who loved me and gave himself for me. (Galatians 2.19-20)

How can we live this life of faith? How can we, in other words, follow Jesus? It is in the life and work of Christ that we find the direction for our lives.

Followers of Christ live in the present

It appears quite evident in the Gospels that Christ was aware or conscious of the reality that existed around Him. In other words, he was in touch with what was happening on all levels of life—religiously, socially and politically. Although his thrust was to the future, he lived very much in the present. He did not create a false world for himself.

To be faithful followers of Christ, to serve the truth, means to live in a real world, the world of the present. This is the world that needs redemption.

The parables in the Gospel that talk about vigilance, about staying awake, mean precisely this—to be in touch with the present, not to live in the past or future. You also must be ready, for the Son of Man will come when you least expect Him. (Luke 12-40)

This is also what the Vatican Council meant when it said we must “read the signs of the times.” We must learn to ask ourselves the meaning of events that are happening in the world. Revelation and faith enlighten us as we seek to contribute to building a better world for all.

Followers of Christ are in touch with God 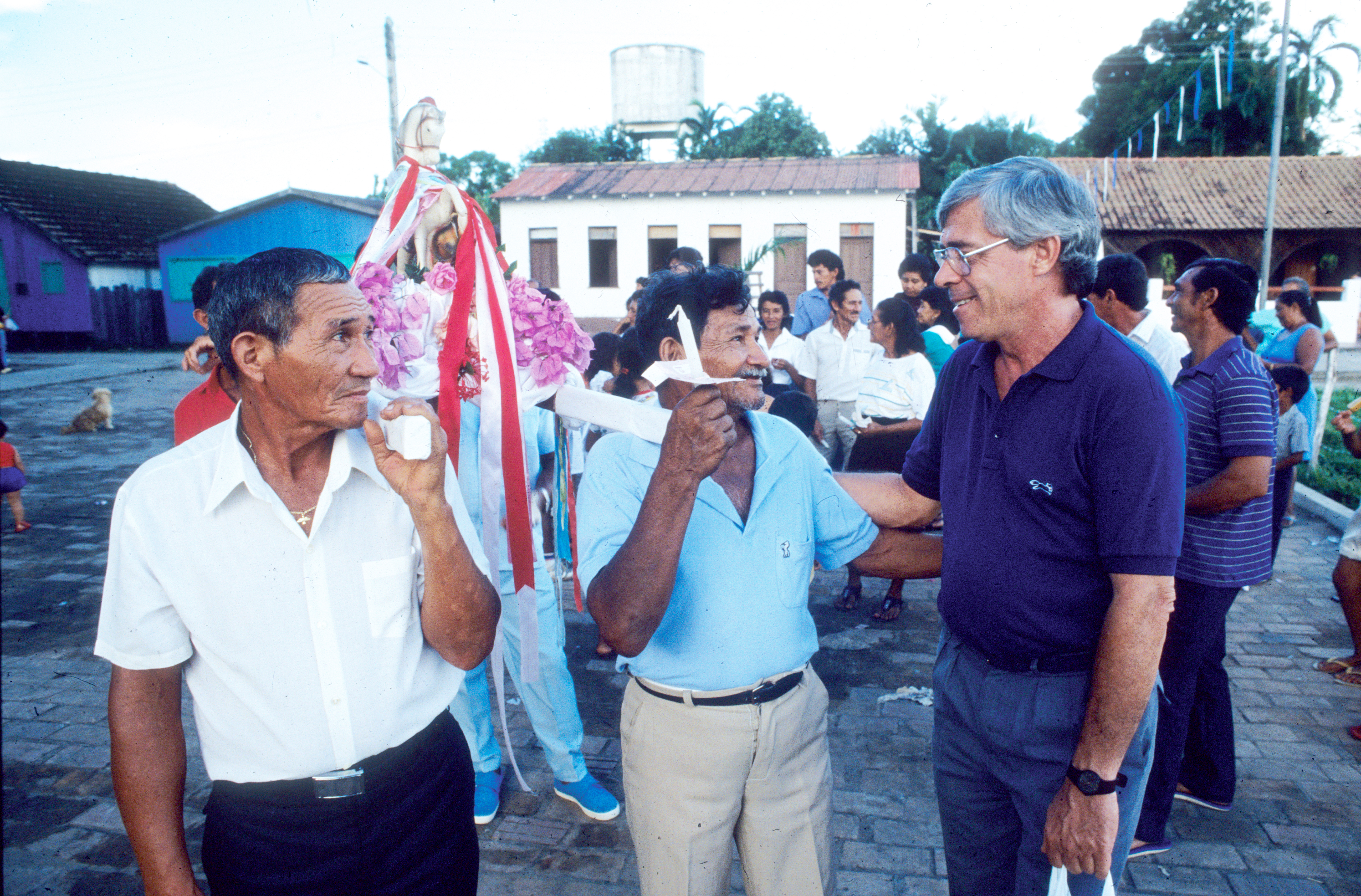 Bishop George Marskell with the people of Itacoatiara, Brazil.

Followers of Christ announce his message

To follow Jesus also means to announce his message. He preached the Reign of God, and he requires us to do the same.

“Then Jesus went about all the cities and villages, teaching in their synagogues, and proclaiming the good news of the kingdom, and curing every disease and every sickness. When he saw the crowds, he had compassion for them, because they were harassed and helpless, like sheep without a shepherd. Then he said to his disciples, “The harvest is plentiful, but the laborers are few…'” (Matthew 9:35-37)

Jesus has compassion for the multitude, who are “like sheep without a shepherd,” a term that means “people of the land.” The Pharisees used this expression as a form of contempt. It designated the poor, the ignorant, those who did not know the law well enough to observe it, and besides, could not afford to observe it. It is to these crowds—the harassed and bothered poor—that Jesus announces the Reign of God.

Jesus demands total change or conversion. Christians must continually re-orient themselves toward God and neighbour. We struggle to change those conditions in our own life and in the world, in human history, that separate human beings from God and from each other. Such a radical turnabout—a revolution—cannot be accomplished by one’s own efforts. It requires the power of God. That is the reason Jesus preaches the Reign of God.

To begin a new year is to remind ourselves that we as Christians are opposed to all forms of an old world that closes itself on the future. We believe in a future when “he will wipe every tear from their eyes, and there shall be no more death or mourning, crying out or pain, for the former world has passed away. (Apocalypse 21.4) To believe in that possibility is to become engaged in the task of making the world new.

Bishop George Marskell died in the city of Itacoatiara, Amazonas, Brazil, after being diagnosed with pancreatic cancer. He was sent to the heart of the Amazon jungle in 1961 and served there for 38 years. George lived the option for the poor and his pastoral mission was to empower the people, peasant farmers and fisherfolk, to recognize their dignity as sons and daughters of God. In his Will he had written, “ I want to be buried in the cemetery among the people I was called by God, in His love, to serve.”