About the Author and Editors

Paul McKenna, MA, teaches, writes and consults in the fields of world religions and interfaith dialogue. Throughout his 30-year career in this field, Paul has received a number of awards and honors for his interfaith efforts. Paul collaborated with a number of people in creating the Scarboro Missions Golden Rule Poster (published in 2000). The poster features the Golden Rule – scripturally and symbolically – in 13 religions. Paul McKenna served as the Interfaith Coordinator for Scarboro Missions in Toronto, Canada until 2018. 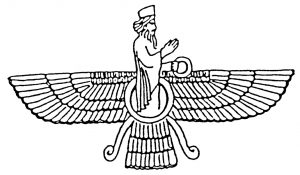 The quality of this document was profoundly improved through editorial consultation with the following four individuals:

Rev. Leslie Gabriel Mezei of the Universal Worship is an interfaith minister and publisher of the Interfaith Unity newsletter and Resource Centre. A writer and speaker in the cause of unity and with special interest in the Golden Rule and interspirituality, Leslie has made a major contribution to interfaith networking in the Greater Toronto Area.

Rev. David Warren SFM, is a priest member of Scarboro Missions. David worked for a number of years in the Philippines. In recent years he has done academic studies in Islam, the Arabic language and inter-religious dialogue. He is committed to building bridges between Christians and Muslims.

Rev. Terry Weller is an interfaith minister and therapist. A Toronto writer, editor and educator, he also administrates and edits the Interfaith Unity website. See: www.interfaithunity.ca

JW Windland passed away in 2014 and was a comparative mythologist and founder of the Encounter World Religions Centre in Guelph, Ontario, Canada. A gifted multifaith educator, JW had more than 40 years of experience in the study, teaching and first-hand experience of world religions. JW regularly attended mosques, synagogues, gurdwaras, churches and temples as a testimony to his appreciation of world religions. He had genuine friendships with the practitioners of these traditions, joined in their rituals and introduced thousands of people to the wisdom of diverse faith communities. Visit the Encounter World Religions Centre website at http://www.worldreligions.ca

Scarboro Missions is grateful for the skilful efforts of all the individuals involved in producing these guidelines.