The circle is the most universal of religious symbols. In fact, it is found in virtually every religion and culture across history. The world’s religious traditions have long incorporated the circle into their symbolism, art, architecture and ceremonies. The circle is a very effective medium for promoting spiritual reflection, meditative insight and creative expression. 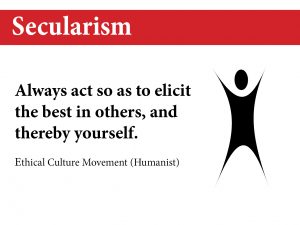 We encounter this geometric form in so many aspects of our daily lives. Seasons and calendars are rooted in the motions of two lighted circles in the heavens – the sun and the moon. On earth, at least in flat places, the horizon is experienced as a circle.

The circle has multiple levels of meaning. It is first of all a symbol of unity and interconnectedness – in the circle “everything is connected and everything is one.”

Because all points in the circle are equidistant from the centre of the circle and because there is no point on the circle that is more important than any other point, the circle has no hierarchy and is thus a symbol of equality.

Human beings have long recognized the circle as a powerful, healing agent and have gathered in circles for prayer, worship, ritual and celebration. The noted Swiss psychologist, Carl Jung, referred to the circle as an “archetype of wholeness.” In the English language, the words “wholeness”, “holiness”, “healing” and “health” have the same etymological root (which means “complete” or “whole”). The circle thus functions as a symbol for wholeness, holiness and health.

The circle is also a symbol for time, eternity, balance, community, consecrated space and the cycle of birth and death.

The wheel is a common symbol in religious and cultural traditions – the wheel of time, the wheel of fate, and so on. The wheel of dharma in Buddhism is the eightfold path symbolized by an eight-spoke wheel, a prevalent symbol of the Buddhist tradition.

“Mandala” is a Sanskrit word meaning “circle”. In the Hindu and Buddhist traditions, mandalas are circles symbolically designed to represent the cosmic order. Mandalas belong to most spiritual and symbolic traditions as universal images of the human longing to achieve order within diversity and integration within creation. The rose windows of the Gothic cathedrals, the Celtic stone circles, the yin-yang symbol, the Navajo sand paintings, the Philippine Christmas Star, labyrinths, mazes, circle dances, wreaths, halos, and dream catchers are all mandalas that help individuals define themselves within a wider world of meaning and value.

The mandala also fits the human experience of the natural world. The bloom of a flower, the circle of the horizon, the dome of the sky, the zodiacal circle, and the cycle of the seasons have long inspired humans to reflect upon their place in the story of the universe.

The ancient Greek philosopher, Empedocles (490-430 BCE), wrote: “The nature of God is a circle of which the center is everywhere and the circumference is nowhere”.

The circle in indigenous cultures

The circle is a vital and central symbol in indigenous cultures around the world. It pervades most aspects of Native American thought and life because it represents a vital connection between the individual and creation. In indigenous cultures, the circle also represents unity, strength, protection, infinity, spirituality and the sacred. This explains why, among Native Peoples, the circle is so prevalent in spiritual practice, art, architecture, ceremony and social interaction.

Black Elk (1863-1950), a Native American elder (Oglala Sioux), was a visionary and a shamanic healer. His teachings offer an eloquent and profound vision of the unity of all creation. Here are two statements that he has made about the circle:

“Everything the power of the world does is done in a circle.
The sky is round, and I have heard that the earth is round – and so are all the stars.
The wind in its greatest power whirls.
Birds build their nests in circles, for theirs is the same religion as ours.
The sun comes forth and goes down again in a circle.
The moon does the same and both are round.
Even the seasons form a great circle in their changing
and always come back again to where they were.
The life of a person is a circle from childhood to childhood.
And so it is in everything where power moves.”

“The universe is circles within circles, and everything is one circle, and all the circles are connected to each other. Each family is a circle, and those family circles connect together and make a community, and the community makes its circle where it lives on the Earth. It cares for that part (of the earth) but cares for it as a circle – which is to say in a co-operative and egalitarian way, where everybody is cared for and everybody is respected.”

Native American peoples conduct many of their activities in a circle. They remind us that in the sacred circle, everyone is equal. Further to this, Native spirituality teaches that when we sit together in a circle as equals, we have occasion to learn the way of humility. Many of the world’s religious traditions see the achievement of humility as a central goal of the spiritual journey.

Authority resides in the circle

In modern times, there is a profound renaissance of interest in the circle. And this includes efforts to implement the circle as a method of social organization in numerous realms – e.g. healing, teaching, meditation/worship, dialogue, restorative justice, group reflection, group process, listening, the conduct of meetings and the sentencing of criminal offenders.

Accordingly, authority resides in the circle – many people are finding the circle to be a welcome alternative to hierarchical, pyramidal or patriarchal models of authority.