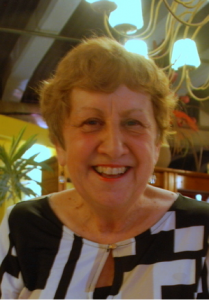 For many people, “Orthodox Jewish,” “feminist” and “interfaith pioneer” are not words that they would necessarily think to put together in a sentence. And yet, in the life of Dr. Debbie Weissman, each of these is a vitally important aspect of a dynamic and fruitful life—as an educator, a community leader, and a highly-respected spokesperson for interreligious friendship and dialogue, both in Israel and worldwide.

A native of the United States, Dr. Weissman made aliyah in 1972, and today lives in Jerusalem. After her B.A. and M.A. studies in New York City, she pursued doctoral studies at the Hebrew University of Jerusalem, with a thesis focussing on the social history of Jewish women’s education. Most of her adult life has centred around education in some capacity, working with local community organizations, and a range of international and national organizations (including the Israel Defense Forces), leading courses in Jewish sources, Jewish feminism, Biblical interpretation, and issues in the Palestinian-Israeli relationship.  For nine years (1994-2003), she directed a programme that trained Israeli high school teachers. She has taught on the faculty of numerous Christian educational centres in and around Jerusalem, including the Bat Kol Institute, St. George’s College, the Tantur Ecumenical Institute, the Ratisbonne Institute, the Swedish Theological Institute, Ecce Homo’s Centre for Biblical Formation, and the Pontifical Biblical Institute.

A prominent proponent of a modern understanding of Orthodox Judaism that cherishes both tradition and openness to others, Debbie is one of the founding members (and a leading congregant) of Kehillat Yedidya, a modern Orthodox synagogue in the Bak’a neighbourhood of Jerusalem. Yedidya seeks to be “a halakhically-based community, equally concerned about traditional Jewish values, social justice, and democracy in Israeli society. [It] attempts to cross the conventional boundaries which currently define Jewish religious life in Israel”. Yedidya has become well-known, both for its friendly relationships with other “streams” of Judaism, and for its hospitality, regularly hosting multi-faith groups from around the world. For many years, she has been an active leader in the Interreligious Coordinating Council in Israel (ICCI; today part of Rabbis for Human Rights), and she speaks passionately about the need for justice and peace between Israelis and Palestinians.

Between 2008 and 2014, Dr. Weissman broke exciting new ground, serving two terms as the first Jewish woman President of the International Council of Christians and Jews (ICCJ). In that capacity, she travelled around the world, speaking to major interfaith gatherings, and sharing a message of unity, healing and hope. Reflecting on her many years of service as an interfaith leader, Dr. Weissman said: “I’ve met some outstanding human beings in many different parts of the world, and I’ve been impressed with how vibrant the dialogue is in many different places … I love teaching Christians about Judaism, which I often get invitations to do … I find that most people are very eager to learn, and their questions are always stimulating. Often I have hosted Christians in my home for Shabbat and Jewish festivals, and overall, I’ve found that these experiences have enhanced my own spirituality.” When asked about the biggest challenges facing interfaith dialogue today, she says: “I also think we’re realizing that we can’t take the main achievements of the dialogue for granted. In some places we are seeing something of a backlash, and trends toward a more fundamentalist approach to all of our religions, that wants to return to an idealized past. In some parts of the world, we are seeing a resurgence of traditional anti-Semitism, and other forms of bigotry, hate crimes and xenophobia. But today, the Church isn’t part of the problem; it’s part of the solution. The churches are our allies in fighting it.”

Dr. Weissman’s many contributions have been recognized by a number of major awards, including the ICCJ’s 2014 Interfaith Gold Medallion (presented by the ICCJ’s Patron, Sir Sigmund Sternberg), and an honourary doctorate from Hebrew Union College in Jerusalem.  She continues to speak regularly on interfaith topics, and to write essays and articles, including a chapter in the 2014 volume A Jubilee for All Time: The Copernican Revolution in Jewish-Christian Relations. In 2017, Dr. Weissman published her autobiography, Memoirs of a Hopeful Pessimist: A Life of Activism Through Dialogue (Ktav Publishing). A woman of passion, wisdom and generosity, Dr. Debbie Weissman is playing a vital role in translating Nostra Aetate’s principles into a guiding vision for today—and for tomorrow.

Dr Weissman addressing the 2015 synod of the Evangelical Church of the Rhineland: https://www.youtube.com/watch?v=G2L99QAQJWA