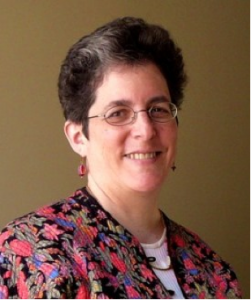 One of the important insights that has emerged from more than a half-century of Jewish-Christian dialogue has been how deeply rooted significant elements of traditional Christian liturgy are in their Jewish origins. Whereas Christian¬ity has often tended to try and distance itself from its Jewish pedigree, and stress its newness and distinctiveness, the less triumphalistic tone of Christianity since the Second World War has allowed for a new appreciation of how much Christian prayer-forms owe to their Jewish ancestry—and howboth Judaism and Christianity have developed from that ancestry since then, although in differing ways. In 1985, a set of official Vatican guidelines on Jewish-Christian relations noted (speaking primarily about Catholic liturgy):

The Liturgy of the Word in its own structure originates in Judaism. The prayer of the Hours and other liturgical texts and formularies have their parallels in Judaism, as do the very formulas of our most venerable prayers, among them the Our Father. The Eucharistic prayers also draw inspiration from models in the Jewish tradition. As John Paul II said (Allocution of March 6th, 1982): “The faith and religious life of the Jewish people as they are professed and practised still today, can greatly help us to understand better certain aspects of the life of the Church. Such is the case of liturgy.” (“Notes on the Correct Way to Present the Jews and Judaism in Preaching and Catechesis in the Roman Catholic Church,” V.1)

One of the most prominent leaders in the field of Jewish-Christian relations today, Rabbi Dr. Ruth Langer is also an expert in the many intersections between Jewish and Christian liturgy. A native of Pittsburgh, Dr. Langer did her undergraduate studies at Bryn Mawr College, and then pursued graduate work at Hebrew Union College—Jewish Institute of Religion in Cincinnati, receiving a Master of Arts in Hebrew Literature in 1985, and being ordained to the rabbinate there the following year for the Reform move¬ment. In 1994, she received her Ph.D., for her thesis The Impact of Custom, History, and Mysticism on the Shaping of Jewish Liturgi¬cal Law. Today, she is Professor of Jewish Studies in the Theology Department at Boston College, Associate Director of the College’s Center for Christian-Jewish Learning, and Chair of the Council of Centers on Jewish-Christian Relations (CCJR), which unites several dozen centres of scholarly study across North America and around the world.

Dr. Langer’s scholarly work often weaves together her two areas of specialty—the history of Jewish liturgy, and Jewish-Christian relations—such as in her 2012 book Cursing the Christians? A History of the Birkat HaMinim, in which she explored in depth the origins, historical context and meaning of a longstanding prayer in the synagogue liturgy that has been at the heart of considerable controversy, in terms of its implications for Jewish perceptions of Christianity. Her many published articles and lectures examine a broad range of related topics, including how Jewish liturgy incorporates the Bible; the place of memory in liturgy; the relationship of dialogue to theology; and how Jewish liturgy speaks of God’s presence (a more comprehensive list of her publications can be found at:https://www2.bc.edu/~langerr/langer_vita.html). She has just recently published a new book, an annotated bibliography written to provide an entry-point, especially for Christians, into the field of Jewish liturgy (Jewish Liturgy: A Guide to Research, 2015). This volume describes more than 1000 published sources for those who wish to delve into this fascinating and important area for themselves.

In a 2009 interview, Dr. Langer reflected on the tremendous progress that has been made in many Christian communities since the Second World War, but she also warned of the temptation today to what she called “superficial reconciliation,” in which Chris¬tians say “I know that I’m not supposed to say nasty things about Jews,” but don’t really understand anything of the bitter history of Jewish suffering at the hands of Christians in many places. Today it is possible to have positive relations with Jews, but without any awareness of some of the negative aspects of the Christian tradition, which can remain problematic if they’re aren’t addressed honestly and sensitively. In order to build a solid and lasting foundation for the relationship, respect and friendship need to go hand-in-hand with historical awareness, and a commitment to thinking and acting differently.

Both on a scholarly level, and in a more popular vein, Dr. Ruth Langer combines brilliant intellectual analysis with a sensitivity to the realities of Jewish-Christian relations as they are being lived out today. She helps us to better understand aspects of our shared history, while looking to the future with hope and creativity—drawing upon our respective traditions of liturgy and prayer in ways which can foster dialogue and cooperation, and honour the God we pray to.

Dr Langer lecturing on “Cursing the Christians? A History of the Birkat HaMinim”; online at:http://www.kaltura.com/index.php/extwidget/preview/partner_id/763372/uiconf_id/6323011/entry_id/1_3eojhk2k/delivery/http?

Dr Ruth Langer, “Overhearing our Own Prayers: Jewish and Christian Worship In an Age of Religious Pluralism” (Thirtieth Annual Wallenberg Tribute, at the Institute for Jewish-Christian Understanding, Muhlenberg College); online at: https://www.youtube.com/watch?v=pAWjeO4UpnI