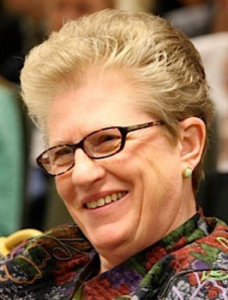 A prolific author and popular speaker in the field of Jewish-Christian dialogue, Dr. Boys has lectured across North America and overseas (including in Israel) on a wide range of topics relevant to the development of the Jewish-Christian relationship, including the controversy raised by the Mel Gibson movie “The Passion of the Christ” in 2004. She is a gifted educator who is frequently called upon as a media commentator, in terms of contemporary Christian views of Judaism, and has served as an adjunct faculty member of the Jewish Theological Seminary and the Teachers’ College of Columbia University. She has received numerous honourary doctorates from both Christian and Jewish educational institutions.

Dr Boys’ own publications have included: Biblical Interpretation in Religious Education (1980), Educating in Faith: Maps and Visions (1989), Jewish-Christian Dialogue: One Woman’s Experience (1997), Has God Only One Blessing? Judaism as a Source of Christian Self-Understanding (2000), and Christians and Jews in Dialogue: Learning in the Presence of the Other (2006), co-authored with Sara S. Lee. Her most recent book, published in 2013, is Redeeming our Sacred Story: The Death of Jesus and Relations Between Jews and Christians, an in-depth examination of the Gospel accounts of the Passion and death of Jesus, in an effort to understand how those texts have been used throughout history to promote hostility toward the Jewish people—and how they must be read and preached differently today.

Her book Has God Only One Blessing? is arguably her best-known book to date, and offers the reader insights into the status of various challenging issues in the Jewish-Christian relationship, including the rapidly changing relation of the Church (“Ecclesia”) and the Synagogue (“Synagoga”), the question of Christian proselytizing of Jews, and the subject of the Jewish covenantal relationship to the Land of Israel. In it, she provides a very helpful overview of Christian origins, of some of the more painful eras in Jewish-Christian interaction, and of the significant steps undertaken by the Christian churches in modern times, to begin transforming their (historically negative) stances toward Judaism. In this volume, she speaks passionately about the changes the churches are called to make, and how demanding this might prove to be:

Taking up such challenges requires us to enter more profoundly into our community’s faith in order to be transformed by it and thereby to become a leaven in the community and society. This faith is a dynamic reality. Fidelity to its living character challenges us to be changed by the transformation in the church’s relationship with Judaism … Engagement with the profound subject matter of the Jewish-Christian dialogue summons us Christians to conversion. Here “conversion” denotes not the changing of one’s religion, or even a one-time religious experience resulting in dedication to God, but rather a lifelong process of deepening in integrity and authenticity. Specifically in the Christian context, conversion implies continuing movement into the depths of the mystery of God by following the way of Jesus through the presence and power of the Spirit. … Ecclesia will stand in right relation to Synagoga only when we Christians remember how earlier renditions of these figures imaged a defeated Judaism and a triumphal church, and repent of the way in which Christianity distorted Judaism. By teaching differently about Jews and Judaism, we not only will present a more faithful account of the “other,” but we will more truthfully describe ourselves. By educating for dialogue, we will ultimately come to understand more profoundly who we are as those committed to the Way of Jesus.

In our time, Ecclesia’s dialogue with Synagoga is meant to draw us into the boundlessness of the Divine. It challenges us to move beyond the narrow limits in which we confine the Holy One, and to acknowledge in our heart of hearts that God, Mother and Father of us all, has many children—and more than one blessing.

Boys, Mary C. Has God Only One Blessing?: Judaism as a Source of Christian Self-Understanding. New York: Paulist Press, 2000.