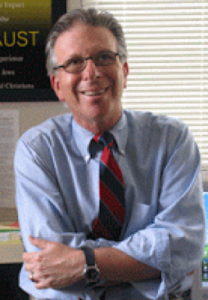 Learning to “speak the truth” about each other is, in many ways, the foundation of modern interreligious dialogue, and especially the dialogue between contemporary Jews and Christians. “Speak the Truth” is also the title of one of the most ground-breaking statements in that dialogue—and the late Rabbi Dr. Michael Signer was one of its key authors.

Born in Los Angeles on March 29, 1945, Michael Signer initially studied at UCLA (the University of California—Los Angeles) before proceeding to Hebrew Union College (HUC), where in 1970 he obtained Masters degrees in both Jewish history and rabbinic literature; it was at Hebrew Union College-Jewish Institute of Religion’s Cincinnati campus that he was ordained that year. Rabbi Signer’s PhD work, in Medieval Studies, took place in Toronto, where he received his doctorate in 1978, for a dissertation (written under Father Leonard Boyle) on the work of Andrew of St. Victor (part of the medieval “Victorine” school in Paris, where Christian monastic scholars drew extensively upon Jewish learning in their Biblical interpretation). It was in Toronto that he first became actively involved in Jewish-Christian dialogue, a field that was to define so much of his life and scholarship. A recognized expert in the fields of Jewish liturgy, the history of the Middle Ages, and medieval interpretation of the Bible, Signer served as professor of Jewish history at HUC’s Los Angeles campus (1974 to 1991) before the University of Notre Dame invited him to become its Abrams Professor of Jewish Thought and Culture in 1992; although he was a guest professor in Poland, Germany, Italy and Israel, Notre Dame would remain his academic home for the rest of his life.

While Dr. Signer’s historical studies allowed him a unique insight into the predominantly negative interactions between medieval Jews and Christians, they also enabled him to point to several moments of more positive collaboration and friendship between members of the two communities, and he encouraged his students and readers to take both components of that history seriously. He wanted his students “to investigate the darker moments of rivalry and even persecution that mark the pages of history” but also “those invigorating engagements between scholars of the two communities”. While not ignoring the negative aspects of that past, Signer sought to weave a more positive future, of mutual understanding and respect, primarily through his research and teaching. He was instrumental in organizing Holocaust education programmes, including seminars for the Center for Dialogue and Prayer at Oświęcim [Auschwitz] and the Pontifical Academy of Theology in Kraków. He was a prolific writer and speaker on a wide range of topics relevant to Judaism and Christianity, addressing both specialists and a more general audience.

A key aspect of Rabbi Signer’s legacy is his role as one of the four authors of the groundbreaking statement Dabru Emet (Hebrew for “Speak the Truth”), issued in the year 2000. Subtitled “A Jewish Statement on Christians and Christianity,” Dabru Emet sought to offer a thoughtful Jewish response to more than 40 years of statements issued by Christian churches and groups about the Jewish-Christian relationship. It comprised 8 brief statements about Jews and Christians, and was intended to spark a conversation within the Jewish community. Initially published in the New York Times, it has since been endorsed by more than 200 rabbis and Jewish academics. It has also proven controversial, and has attracted some notable Jewish critiques—but it certainly succeeded in provoking the conversation its authors originally intended.

Dr. Signer was the recipient of numerous awards and distinctions, including an honourary doctorate from his alma mater in 1996, and the Polish Council of Christians and Jews formally recognized him as a “Person of Reconciliation” in 2005. The Council of Centers for Jewish-Christian Relations (CCJR) unanimously passed a resolution at its 2008 annual meeting, acknowledging his lifetime of contributions (which included serving as the CCJR’s Vice-Chair). Rabbi Signer died on January 10, 2009, after a long battle against pancreatic cancer, widely mourned by his students and colleagues as a wise and highly-respected voice in the renewal between Jews and Christians in the late twentieth and early twenty-first centuries, who led by his learning and by his own personal example. His scholarship continues to guide and inform the work of Jewish-Christian friendship, to which he dedicated so much of his energy and intellect.